Season 2 of The Lite Show has been a wild ride in the best way possible with some of South Africa’s finest celebrities being interviewed by comedian Donovan Goliath. He was flanked by co-hosts Mojak, Lihle, Nina, and Rouge who carried the show with their “lite” humour, current affairs, entertainment, and distinctly South African flavour.

The guest on the last episode was comedy royalty Schalk Bezuidenhout – straight out of Kempton. In an extended interview with Donovan, Schalk shares about his beginnings in comedy and how opening for Trevor Noah in 2015 opened the door for his one-man shows. Schalk and Donovan shared a dynamic bond as they spoke about the comedy series they love.

The kicker for Schalk was when the team on The Lite Show googled his net worth and the search revealed that he’s worth approximately R4.5 million – which Schalk thinks is attributed to his ridiculous jerseys being considered antiques. However, his net worth skyrocketing may become true as he is branching out into writing as well – attempting being an author for the first time.

His humour and perspective on comedy and the entertainment industry shows that he’s not just a performer but he thinks about how his work impacts the industry as a whole. 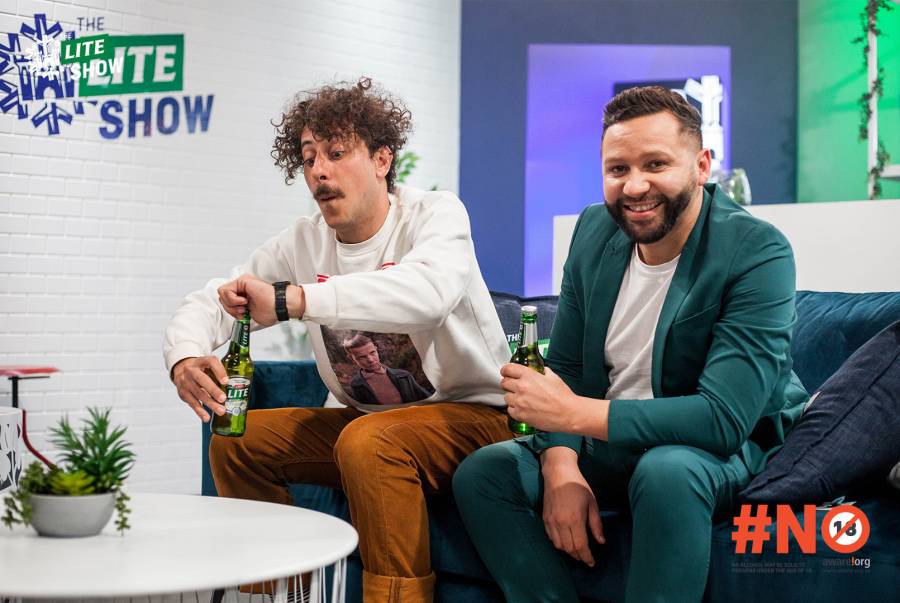 The final musical act of the season was with the Kings of Amapiano, MFR Souls. The duo, made up of Maero and Force Reloaded, scored themselves a TikTok Song of The Year Nomination for their hit single Amanikiniki, which went viral with a dance challenge. The duo performed their latest single titled Abahambayo featuring Mzulu Kakhulu, Khobzn Kiavalla and DJ T-Man SA.

The show’s Season 2 has been energetic and inspiring with guests such as Elsa Majimbo, Mihlali Ndamase, Holly Rey, and Siv Ngesi, among others.

The Lite Show is Mzansi’s first ever YouTube news show brought to you by Africa’s biggest premium beer brand, Castle Lite. The show is all about giving South Africans the opportunity to stay abreast of what’s going on while enjoying a good laugh and getting to know more about the featured guests.

Despite everything going on in the world right now, the second season of The Lite Show brought the laughs as the cast pranked each other, the tears of joy when Donovan’s baby was born, and the emotions as we caught a glimpse of who some of our favourite celebs really are.

For now, you can, rewatch your favourite episodes and relive the moments you loved most. Catch all the episodes on the Castle Lite YouTube channel. From the team, peace out.

We gonna be alright; keep it Lite!