Controversial dancer Zodwa Wabantu’s reality show, “Zodwa Wabantu: Uncensored,” has returned for its third season and fans are excited about it all.

The former Afrotainment artiste announced the return of the show in a recent post to Instagram. In the image she shared, she could be seen among people who appear to be producers of the show.

“Zodwa Wabantu: Uncensored” documents the life of the controversial dancer in all its befuddling lights, leaving nothing out.

The first season of the show had provoked controversy as some social media users thought her comments on the show homophobic.

Anyway, Zodwa has moved on into new creative orbits. The announcement of a new season has seen fans asking exactly when they should expect season 3 on television. 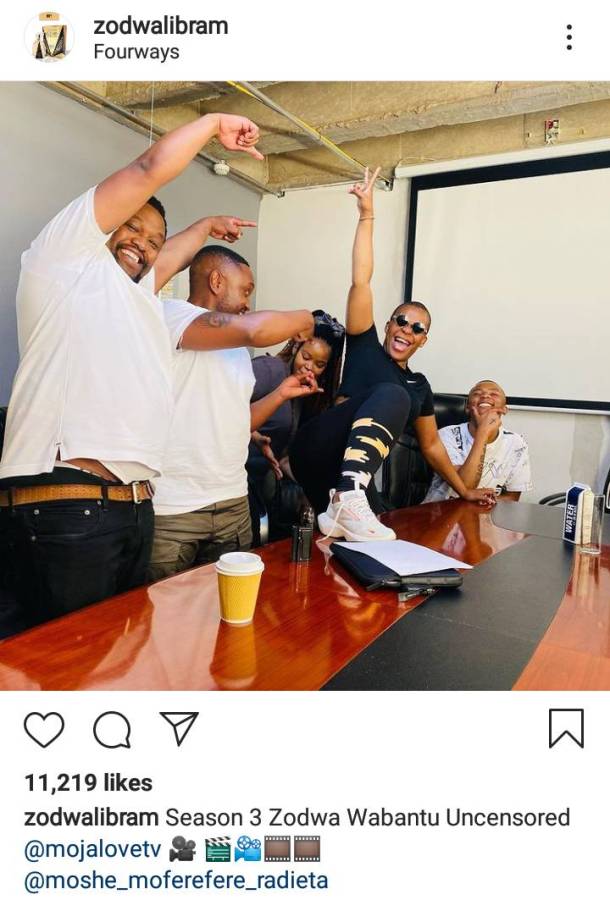 By the way, Zodwa Wabantu recently charmed many in South Africa after she was photographed blessing some ladies with R1,000 each.

She might be generous, but she never had it easy growing up. She fled home as a teen, got pregnant soon after and gave birth to her first and at the moment only son.

By hustling hard, she had managed to build a brand that pays. And she’s never afraid to make it clear that she’ll never die broke.

Tags
Zodwa Wabantu
John Israel A Send an email 7 November 2021
Back to top button
Close
We use cookies on our website to give you the most relevant experience by remembering your preferences and repeat visits. By clicking “Accept All”, you consent to the use of ALL the cookies. However, you may visit "Cookie Settings" to provide a controlled consent.
Cookie SettingsAccept All
Manage Privacy