The week started out in a great way for both Nigeria and Africa as Afrobeats stars, Wizkid and Burna Boy snagged Grammy Award wins. There was infectious Celebration all over Africa as people hailed and congratulated them.

Here in SA, most were particularly curious to know what AKA thought about Burna’s win. If you recall, both stars haven’t been in talking terms since the “Xenophobic attacks” a few years back. Burna had called AKA out for his football comments, and Supa Mega had responded in kind.

After being “told about it” by a follower on Twitter, AKA reacted to the Nigerian Afrobeats star’s win in a really positive manner. This brought about divided reactions. While some hailed him for being mature enough to congratulate the African Giant, other felt he didn’t have to. Let us know what you think about this. 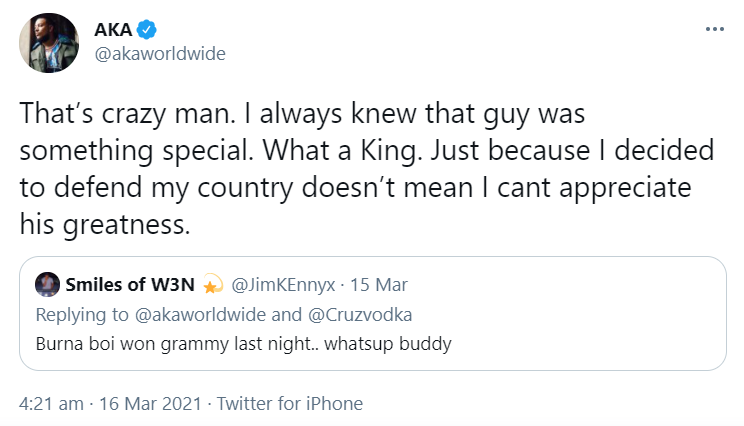