Critics might think and say all they like about Selena Gomez’s body. She apparently doesn’t care. She’s living her life the way she sees fit and thinks herself perfect the way she is.

The “Love You Like a Love Song” singer, who claims not to have been on the internet for the past four years, noted in a recent Tik Tok video that trying to stay skinny is not exactly worth it, with delicious food all over the place.

She recalled going to Jack in the Box and getting herself four tacos, three egg rolls, onion rings and a spicy chicken sandwich.

Not exactly, what someone who’s watching her weight would do, according to the critics. But the songstress has made a point to live her life — do what she pleases — and in the same video, she made it clear that she doesn’t care about her weight because people constantly criticise her figure anyway, skinny or not.

At the end of the video, she gave a semblance of the middle finger to her critics when she noted that she’s perfect the way she is. Can you beat that? 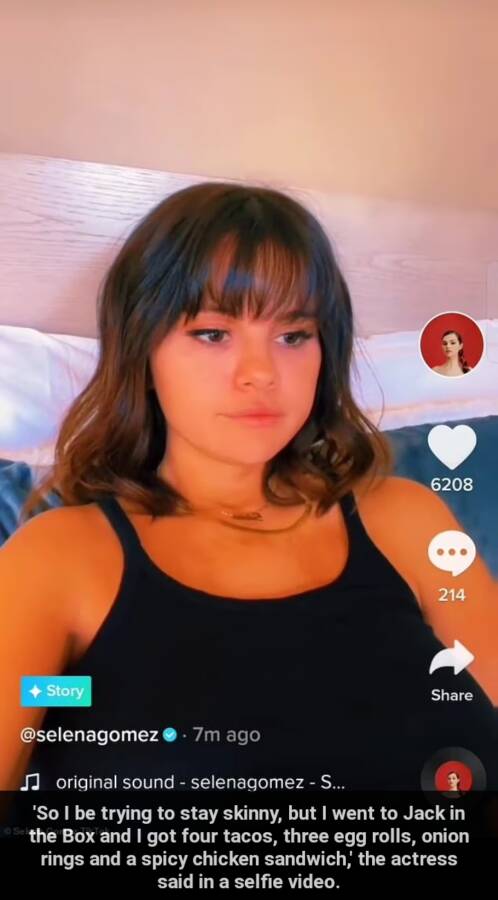 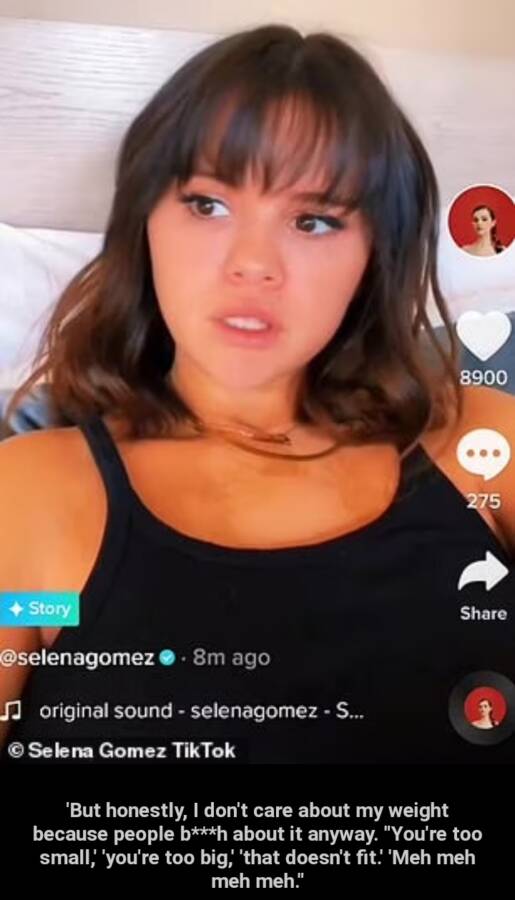 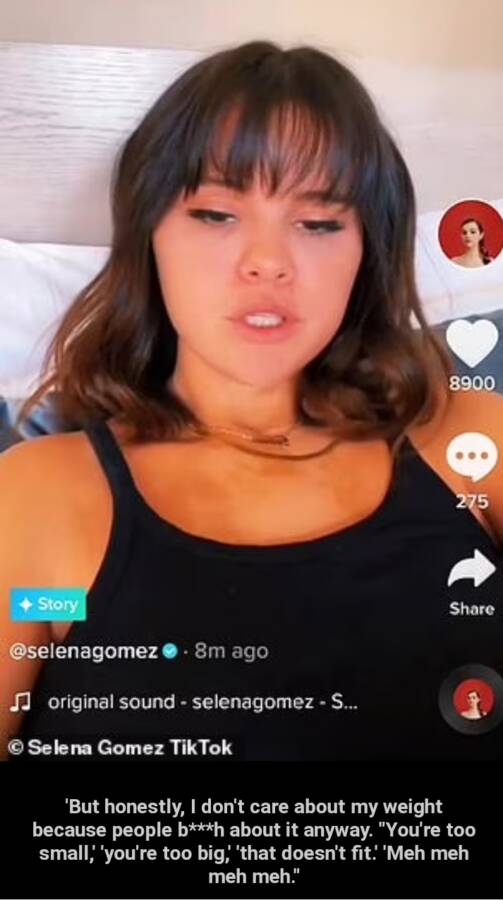 Selena Gomez is but one of several celebs whose weight journey the critics have fired shots at.

Tags
Selena Gomez USA
John Israel A Send an email 13 April 2022
Back to top button
Close
We use cookies on our website to give you the most relevant experience by remembering your preferences and repeat visits. By clicking “Accept All”, you consent to the use of ALL the cookies. However, you may visit "Cookie Settings" to provide a controlled consent.
Cookie SettingsAccept All
Manage Privacy