Selena Gomez’s Saturday Night Live debut had many of her fans nodding approval and speaking of how glamorous she looked.

Thereafter, she was spotted in the streets of New York rocking a sleeveless gown that accentuated her figure. She waves to fans at some point.

It’s been a busy week, but the actress sure knows how to turn up in style and leave the world starring. 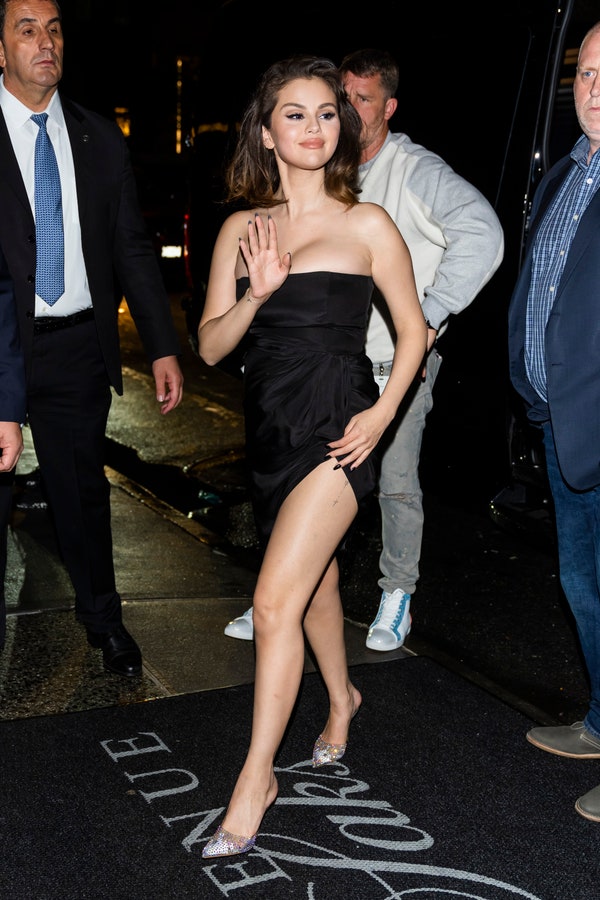 In the lead up to her SNL debut, she had shared her skincare routine on TikTok.

The video elicited mixed reactions, with some of her critics calling it a shade at Hailey Bieber, who’s now married to Selena Gomez’s ex-boyfriend, Justin Bieber.

In response, she had made it clear she had no intentions of shading anyone. Still, she was magnanimous and apologised, ultimately noting she would take down the video soon.

Before then, she had cautioned her fans against attacking any woman in her name.

The minor controversy aside, she was a hit with the fans during her SNL appearance, and her fans can’t stop talking about it.

The actress was just as excited. In a post on Instagram, she indicated it meant a lot to her. And she was like, Mama, I made it!

Tags
Selena Gomez USA
John Israel A Send an email 16 May 2022
Back to top button
Close
We use cookies on our website to give you the most relevant experience by remembering your preferences and repeat visits. By clicking “Accept All”, you consent to the use of ALL the cookies. However, you may visit "Cookie Settings" to provide a controlled consent.
Cookie SettingsAccept All
Manage Privacy