Sello Maake Ka Ncube has lambasted women for mistreating their former partners following the court ruling that absolved Katlego Maboe of any wrongdoing in the suit brought against him by his estranged love.

Monique Muller had filed a case against Maboe, accusing him, among other things, of being abusive in their relationship. But the case had been thrown out, leaving Maboe jubilant and eager to sue those who had fought on the side of Monique.

Before the case ended in victory for Katlego Maboe, he and Monique were engaged in a two-year legal battle. During that period, he had noted that the aces made him lose several engagements as well as income.

In a recent post to Instagram, Sello Maake Ka Ncube, a veteran actor lamented the whole court fight, wondering if Katlego Maboe should now pick up the pieces of his life and move on like nothing happened.

According to him, women need not only handle their anger but deal with their broken relationships properly, adding that women need to call each other to order when they are in the wrong.

As far as he’s concerned, Monique Muller’s post was borne out of malice and nothing more. 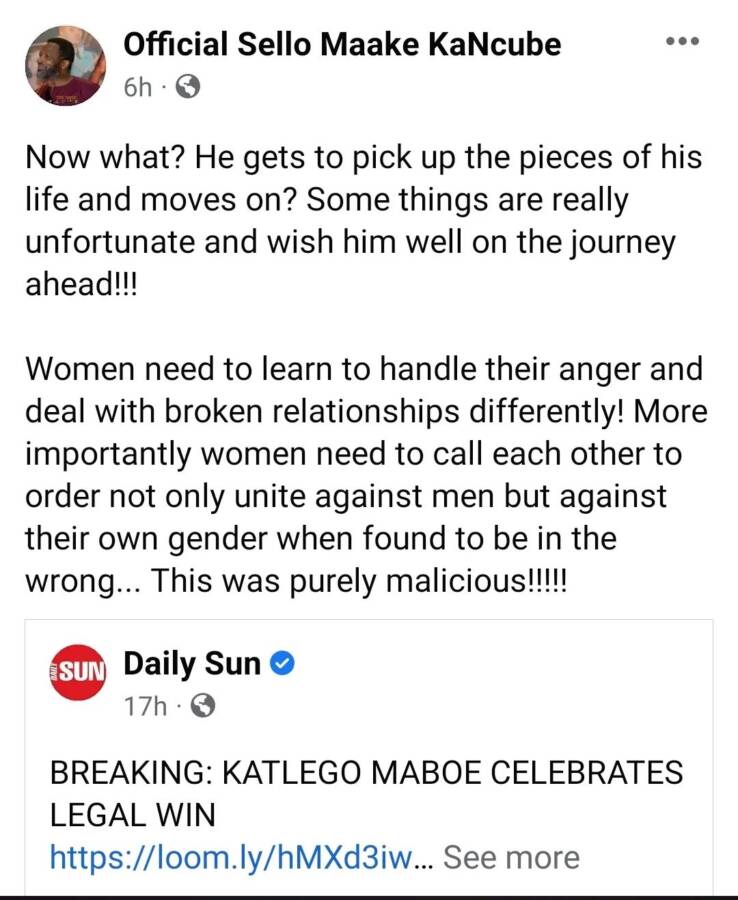 Tags
Katlego Maboe Sello Maake Ka Ncube
John Israel A Send an email 4 February 2022
Back to top button
Close
We use cookies on our website to give you the most relevant experience by remembering your preferences and repeat visits. By clicking “Accept All”, you consent to the use of ALL the cookies. However, you may visit "Cookie Settings" to provide a controlled consent.
Cookie SettingsAccept All
Manage Privacy