World Human Rights Day is observed annually on December 10. Of course, it isn’t precisely that moment right now – certainly not in South Africa – but the rainbow nation is somehow discussing that day in the context of the Sharpeville Massacre.

For a bit of background, let’s move back in time. The day is March 21, 1960. The racist South African police had fired into a crowd of Black people in the township of Sharpeville, near Vereeniging, killing 69 and wounding 180 others.

It has been described as one of the most violent attacks on black South Africans in the country’s tumultuous political history.

Decades may have passed since then, with apartheid dismantled, but the memories of the attack remain. And today, March 21, South Africans are recollecting what happened back then.

The 62nd anniversary of the massacre has got politicians and ordinary folk commenting on what happened. Most peeps have converged in Sharpeville to observe a memorial

As far as some South Africans are concerned, not much has changed since then because the authorities are still violating the rights of people. However, you can check out some thoughts on that black day in South African history below. 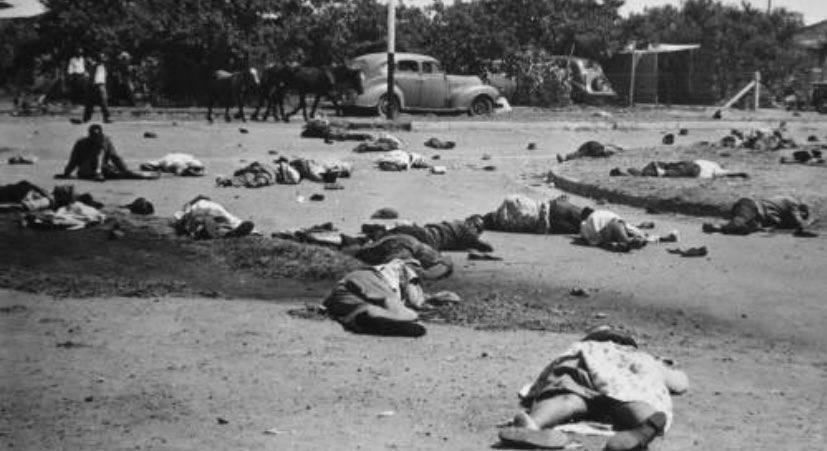 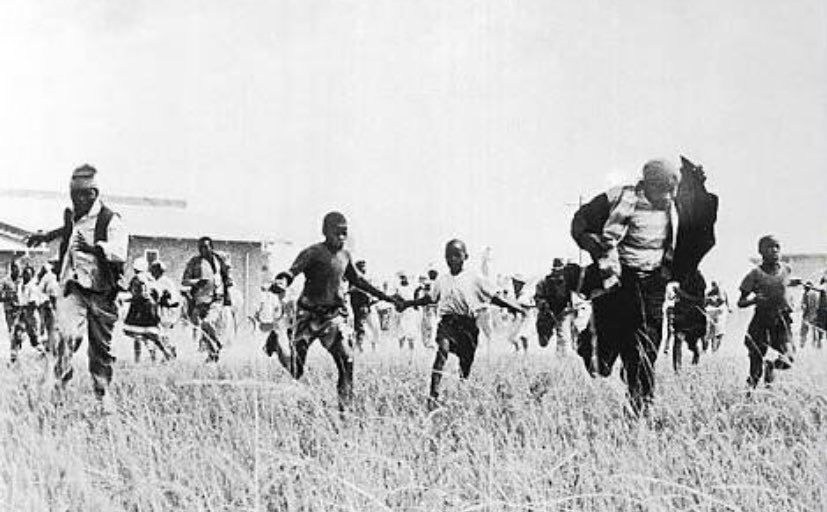 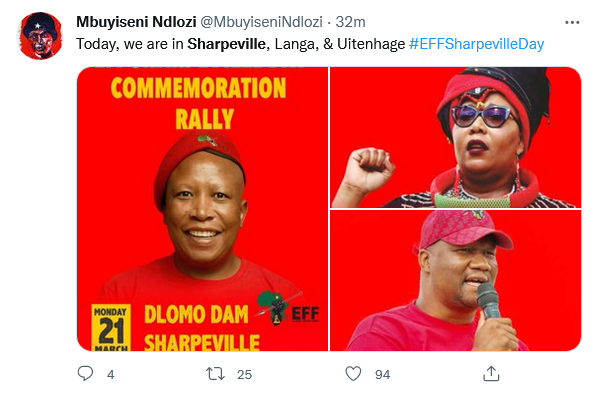 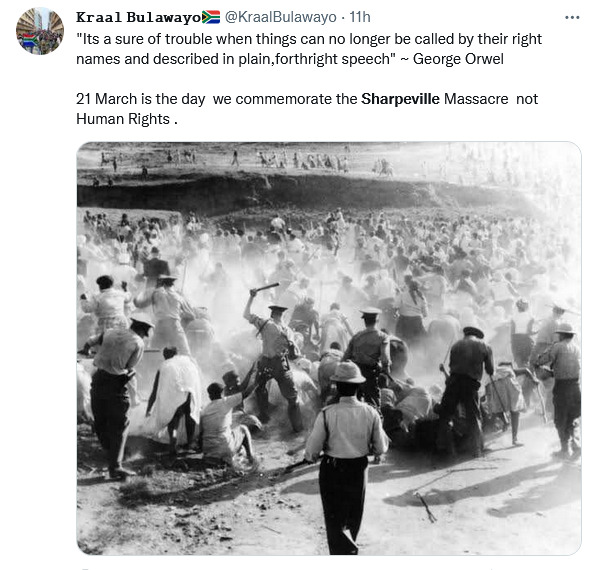 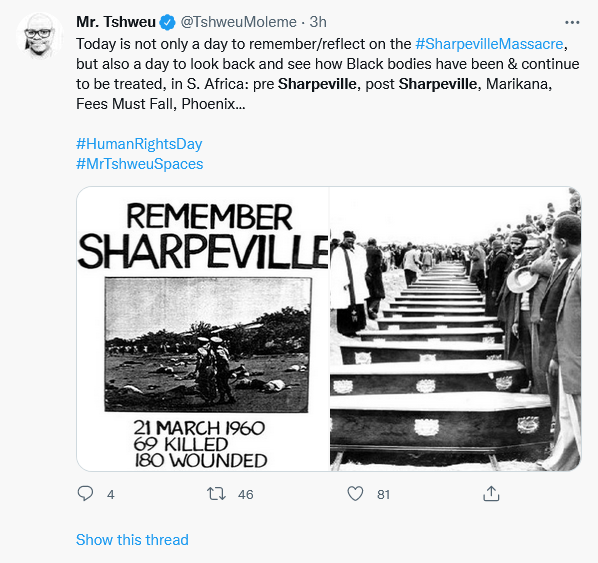 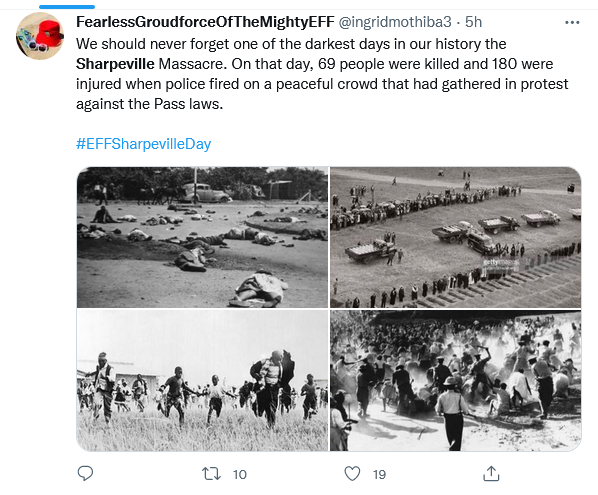 What will change in the observance of that day in the coming years? Stay tuned.

Tags
Sharpeville Massacre
John Israel A21 March 2022
Back to top button
Close
We use cookies on our website to give you the most relevant experience by remembering your preferences and repeat visits. By clicking “Accept All”, you consent to the use of ALL the cookies. However, you may visit "Cookie Settings" to provide a controlled consent.
Cookie SettingsAccept All
Manage Privacy