Shekinah’s focus right now is on releasing her album “Trouble I  Paradise,” and it appears like social media might be a distraction in her plans to get the album out, so she is ditching the media in the interim.

In an Instagram post a ay ago, the songstress indicated she was leaving social media until next month. She said she would be back in a special way. For context, next month November is the month of the official unveiling of her album. 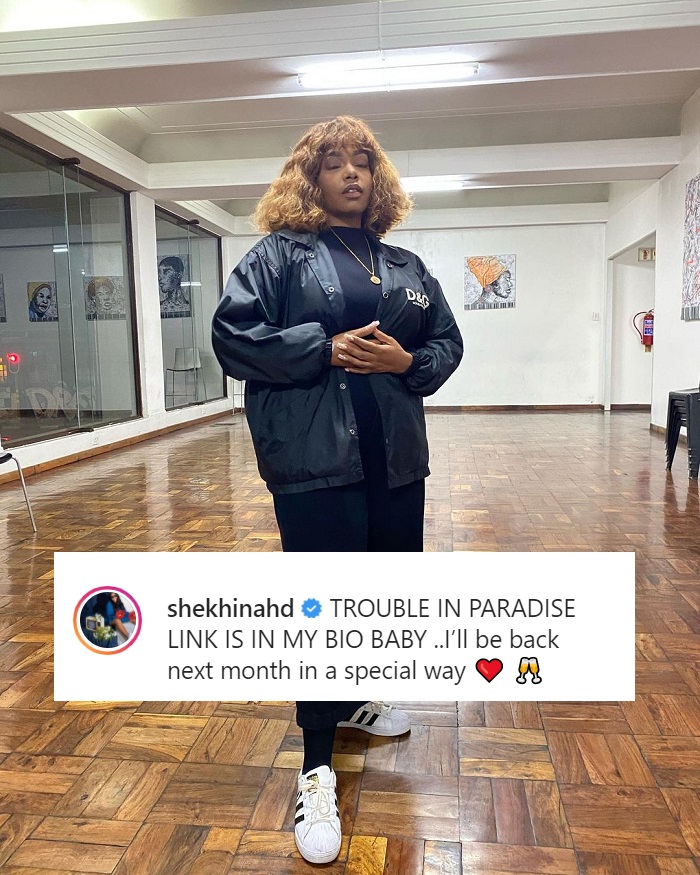 This 12-track pop compilation drops on the 20th of that month. Already, from the compilation, she had released “Fixate,” a Bey T-assisted jam. She is keeping close to her chest the other tracks in the compilation.

Anyway, we’ll be out here to bring you news from Shekhinah when she returns in a special way as she had promised. And yes, we are going to shre her album with you as well. Follow our social media channels and stay tuned for  updates.

What do you think of Shekhinah’s plans to quit social media until the release of her album “Trouble In Paradise” in November? You might what to join the conversation by dropping your thoughts in the comment section below.