It’s been long one listened to a song by Shekhinah. It’s good to know what the songstress has been working on something and might release a new number soon.

What other evidence do we need than a teaser from the South African singer herself? In an Instagram post yesterday 4 October 2020, the songstress shared a teaser of several songs she’s apparently working on, laconically urging fans to join her as she goes through her tapes.

The post showed several tapes, with track names written on them all. There’s “Confetti,” which we’re guessing will be a love song, “Fixate,” featuring Beyt, “Diamonds Do,” and “Not Safe.” From the looks of it, the songtress apparently has an EP on the way.

She stated that, beginning this Friday, she’ll be releasing the tape to fans. In other words, the first single from what appears to be an imminent body of work drops this Friday. Not bad, we might say. 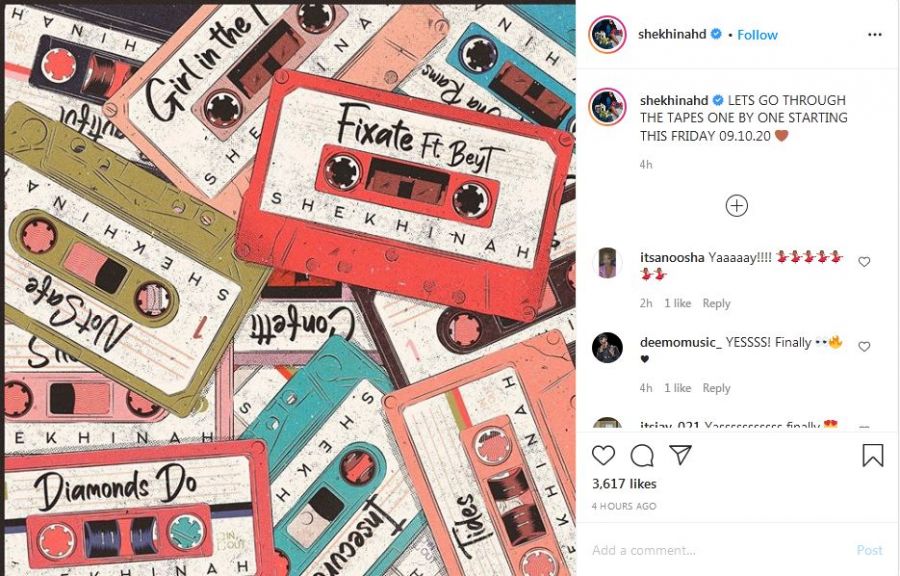 But are y’all ready for what is to come? We’ll be out here ready to share the songs – and what else follows – with you. So do well to subscribe to our newsfeed as well as follow our social media channels to receive her projects on release.