The debate on the state of South African hip hop is heating up, with claims by notable musician DJ Shimza that the genre is dead.

The celebrated disc jockey and producer made this known during a chat with another DJ and radio presenter Ms. Cosmo.

Specifically, Shimza said the hip-hop genre in South Africa is dead because there are currently only two hip-hop artists one can book who are doing well in the genre. He mentioned AKA of the “Fela in Versace” fame and Blxckie.

If you’re wondering how he missed Cassper Nyovest’s name and the name of other figures, you’re probably not alone. But then Cass has dropped more amapiano tunes recently, including a body of work titled “Sweet and Short 2. o”

In his verdict, Shimza had affirmed what many have been saying all along and what others have probably been too scared to comment about. 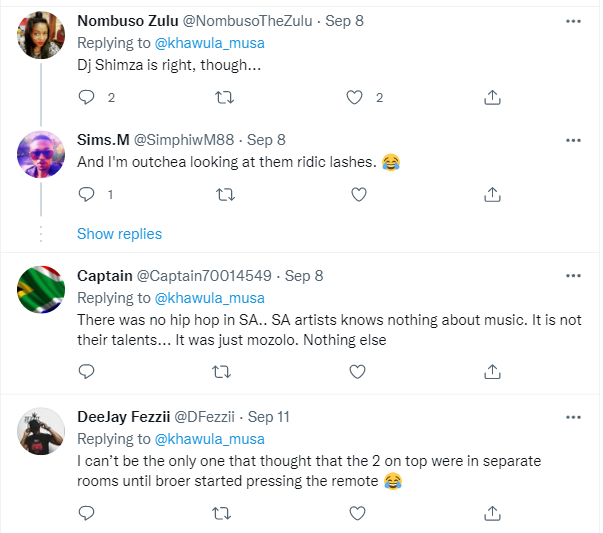 Shimza is not one to hide his thoughts regarding the state of South African music, having earlier insisted that Dlala Thukzin’s “Phuze (Remix)” belonged to afro-house and not yanos.

Well, do you agree with Shimza that South African hip-hop is dead? You’re welcome to join the conversation by dropping your thoughts in the comment section.

Tags
Shimza
John Israel A13 September 2021
Back to top button
Close
We use cookies on our website to give you the most relevant experience by remembering your preferences and repeat visits. By clicking “Accept All”, you consent to the use of ALL the cookies. However, you may visit "Cookie Settings" to provide a controlled consent.
Cookie SettingsAccept All
Manage Privacy