While some say that taking breaks from social media is what people should do often, it is still shocking when someone who tweets a lot suddenly goes off grid. We must say, Mzansi was shocked when we couldn’t find Sho Madjozi on social media. Of course, everyone wondered what happened to her.

And yes, the rumours began to fly. The story was that she had a bun in the oven and that she was hiding it from the world. Well, the “John Cena” star is back and she is clearing rumours like unwanted cobwebs. She shared a photo of herself looking great and started tweeting “first things first. I’m not pregnant”. Of course, that’s explanation enough.

She continued her usual thread streak thanking those who checked on her. Sho revealed that she took a break after realizing that two people in her team were doing “dodgy things …to block my opportunities for over a year”. She also opened up about taking time to herself and revealed that she’s got new management now, and new music coming soon. Oh, she’s also looking better than before. 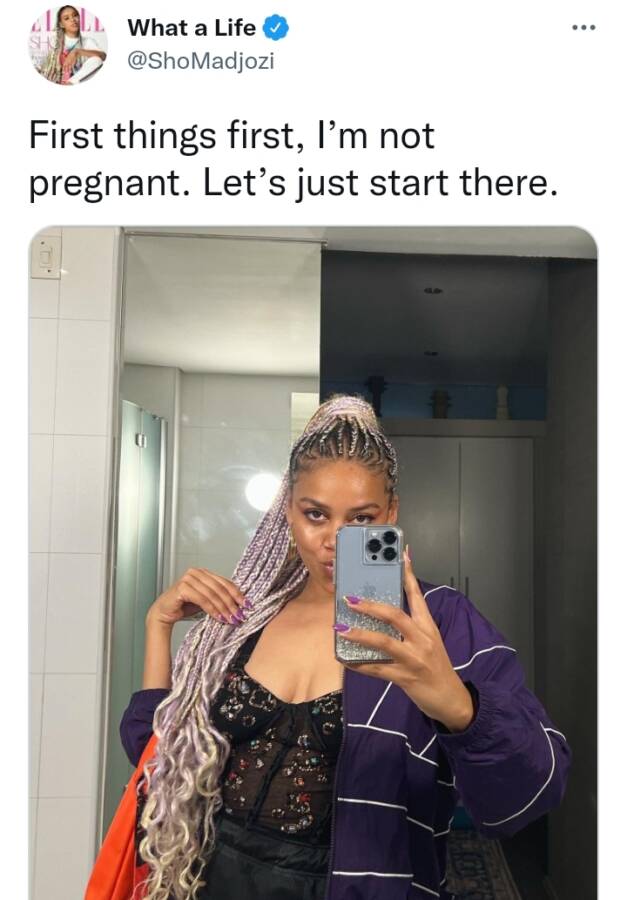 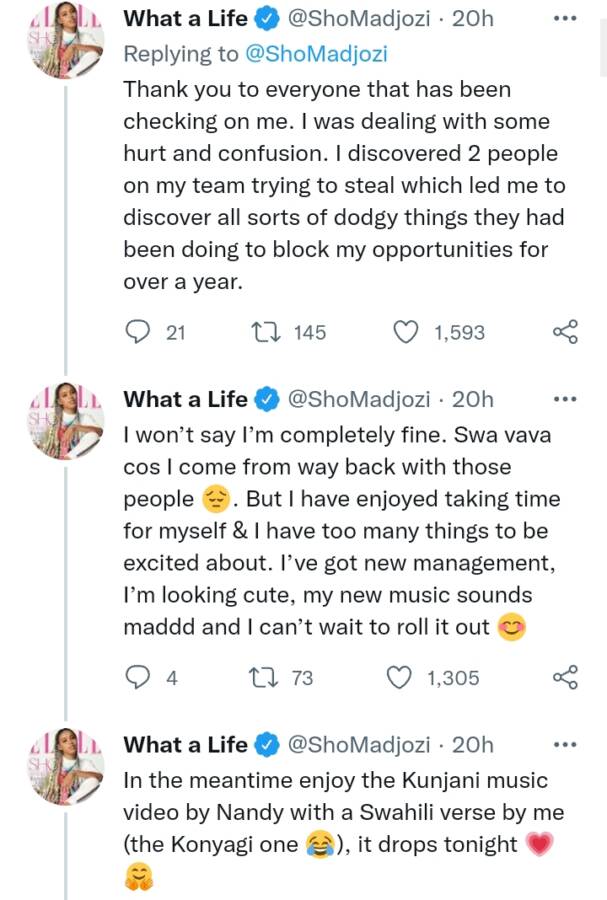 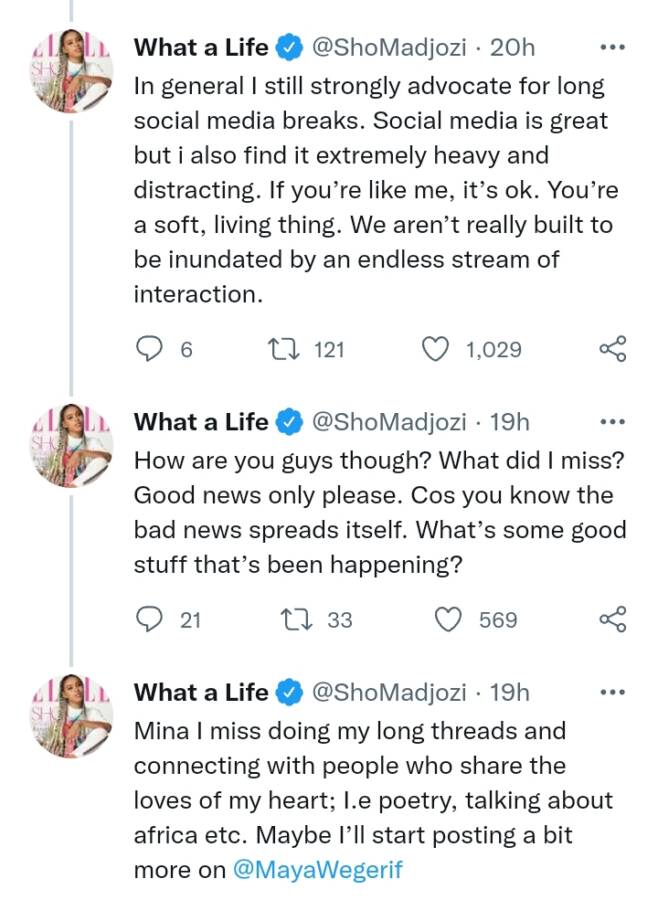 Tags
Sho Madjozi
John Jabulani Send an email 10 March 2022
Back to top button
Close
We use cookies on our website to give you the most relevant experience by remembering your preferences and repeat visits. By clicking “Accept All”, you consent to the use of ALL the cookies. However, you may visit "Cookie Settings" to provide a controlled consent.
Cookie SettingsAccept All
Manage Privacy