Season 3 of Big brother Mzansi is here, and one person who’s already snapping the attention of viewers is Sis Tamara, who goes by the pronouns he/ him/ she/ her/ they/ them.

Mzansi just can’t have enough of Sis, and this much is evident from the conversation on Mzani Twitter. They are giving vibes to the Rainbow Nation, and everyone is chuffed.

Some fans who watched her “grand” entrance asked how they could unsee it because she was “too much.” You can check out some of the reactions so far below. 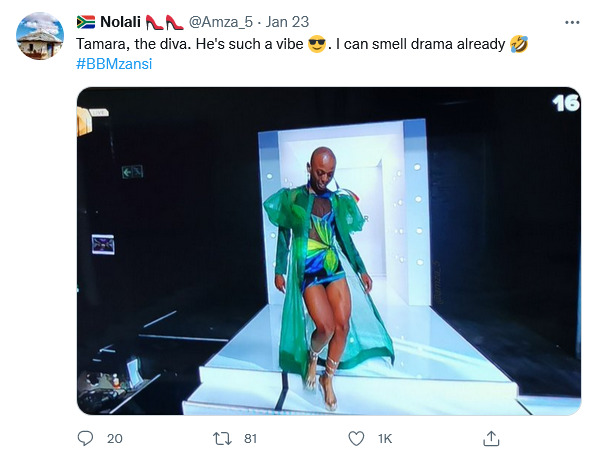 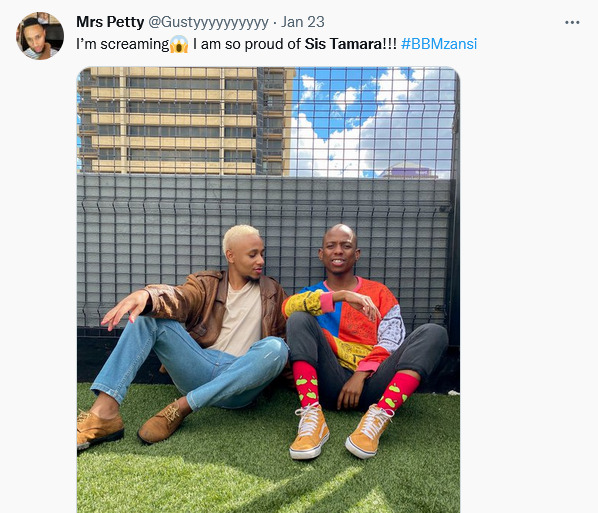 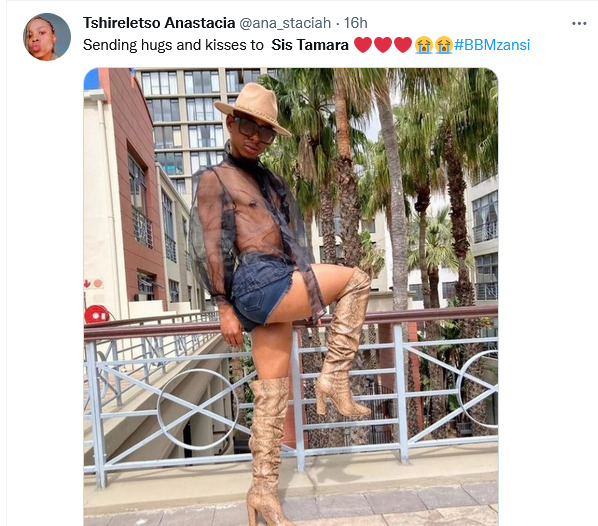 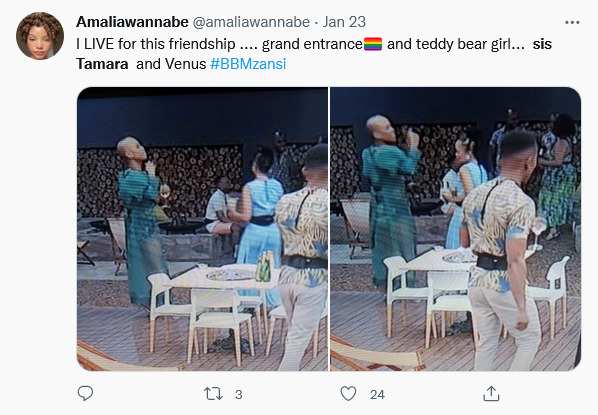 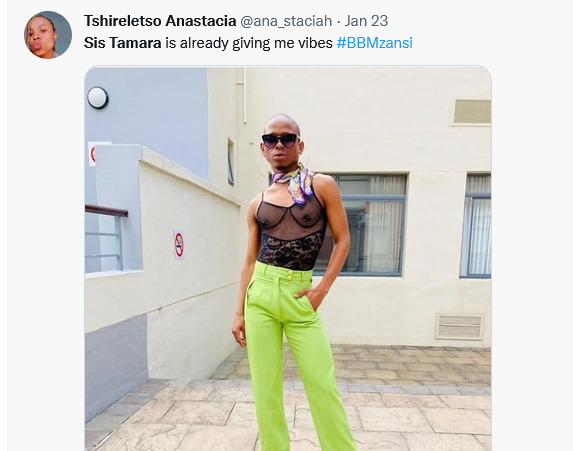 Being in the eye of viewers does not ultimately translate into winning the Big Brother Mzansi prize. Anyway, given how easily she has charmed many across the rainbow Nation, Sis Tamara is expected to go far when the ax of eviction begins to dangle.

We will be covering the show until the end when a winner would be announced. So you might want to pop in here regularly to savor all the details of the goings-on in the Big Brother Mzansi house.

By the way, the reality show was discontinued after its second season, with organizers noting the lack of sponsorship as part of the problem. That’s in the past now and Mzansi is happy.

Tags
Big Brother Mzansi Sis Tamara
John Israel A25 January 2022
Back to top button
Close
We use cookies on our website to give you the most relevant experience by remembering your preferences and repeat visits. By clicking “Accept All”, you consent to the use of ALL the cookies. However, you may visit "Cookie Settings" to provide a controlled consent.
Cookie SettingsAccept All
Manage Privacy