Earlier this year, a picture of Sizwe Dhlomo and his pals Black Coffee and Maps Maponyane went viral.

In the picture, Black Coffee and Maps Maponyane appeared well dressed, unlike Sizwe Dhlomo, according to fans. Fans faulted the “farmer’s hat” he was wearing, as well as the “farmer’s sandals.”

It may have been several months since the picture circulated online – we carried the story here – it yet remains a source of hilarity to fans, who dig it up now and then and slake their thirst for the comic.

Well, Sizwe Dhlomo, who had earlier state that the picture, taken in front on Maps Maponyane’s restaurant “Buns Out,” was not planned, has opened up even more about the viral photo. 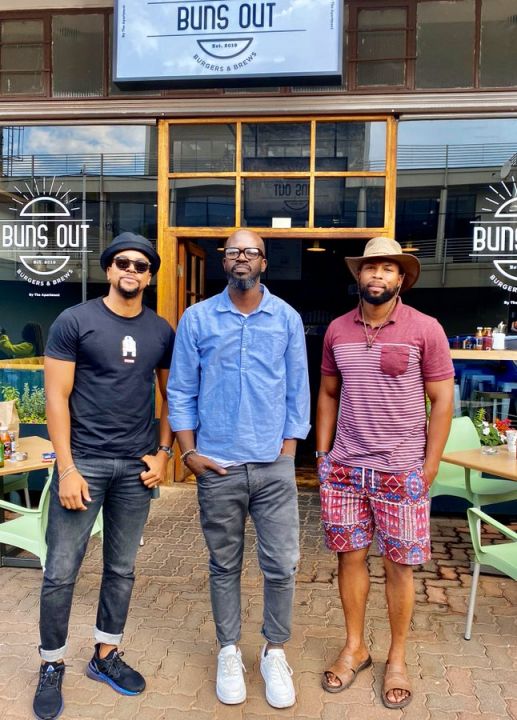 According to the radio host (currently at Kaya FM), he had just left the farm when he realized his pal Black Coffee was back in the country. So he decided to hang out at Maps Maponyane’s, which had just opened at the time. The picture was taken and popped at the top of the trends in Mzansi almost immediately.

Said Sizwe Dhlomo: “So we go to Buns Out and Maps there, he wants to take a picture. Coffee is dressed well, Maps is also always dressed well. I am out there wearing my farmers’ hat, my slippers, they take this picture and they actually post it. These ninjas have like a million followers each. We were trending for the whole day.”

Well, what do you think? You might wish to join the conversation by dropping your thoughts in the comment section below.