What’s wrong with making plans no matter how far off they seem? We say absolutely nothing. 39-year-old Sizwe Dhlomo might have a gift for his fans when he turns 40. Who knows? He might go through with it.

Now, here’s the gist. We know how much Dhlomo has been immersed in the SA Hip Hop scene for years. He has also risen to be one of the most recognizable voices in the cap. But it seems Dhlomo has hung his cape to focus on other things.

He replied to a fan that Hip Hop “is a young man’s game.” He further stated that he isn’t on the streets like he used to be and has no desire to be there. After a fan suggested he drop a new Hip Hop joint when he turns 40, Dhlomo considered it. Now, that would be amazing. 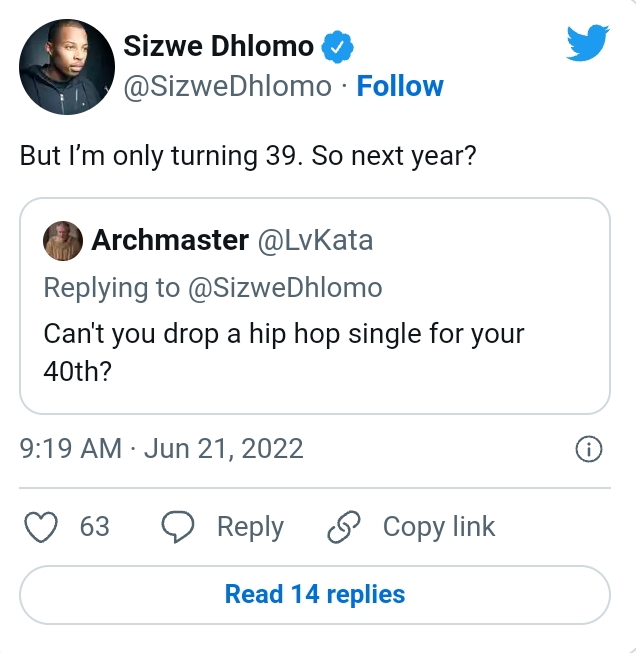 Tags
Sizwe Dhlomo
John Jabulani Send an email 23 June 2022
Back to top button
Close
We use cookies on our website to give you the most relevant experience by remembering your preferences and repeat visits. By clicking “Accept All”, you consent to the use of ALL the cookies. However, you may visit "Cookie Settings" to provide a controlled consent.
Cookie SettingsAccept All
Manage Privacy