Jay Boo is about to drop new music. If you are puzzled who the songster might be, you’re not alone. We were, a few minutes back.

Jay Boo is no other than Jabulani Hadede, the South African trap champ who goes by the stage name Sjava. He was recently in conversation with his fans and revealed several imminent projects, and more.

Part of Sjava’s revelation during his question and answer session with fans was that he would be releasing another rap song. A fan had asked if he would and he had responded in the affirmative, emphatically. 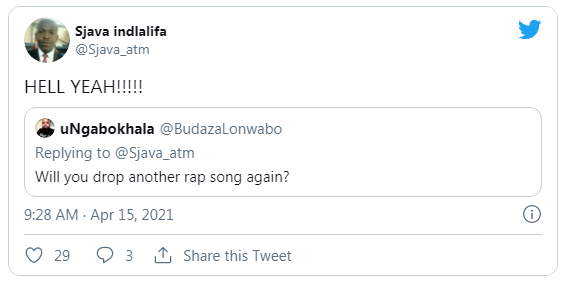 Another fan, who goes by the stage Twitter hanle @BudazaLonwabo, had suggested that he adopts a different stage name for his rap personality in the tradition of DJ Maphorisa, who’s also known as Phori and Madumane.

Apparently Sjava already has a name for his rap alter ego. And that’s Jay Boo. Sounds trendy, right? Well, it remains to be seen how well his rap offering will be accepted by the public on release. 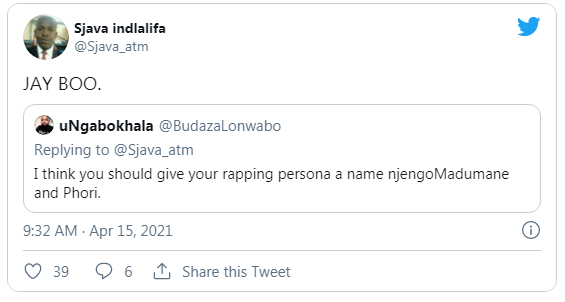 What do you think of Sjava’s imminent rap metamorphosis? You may want to join the conversation by dropping your thoughts in the comment section below