There is nothing special about this particular endorsement, though, as the songster is noted for supporting fellow artistes without asking to be paid.

This time, however, it appears Sjava merely capitalized on “wrong” publicity to register the album in the consciousness of music lovers across Mzansi and beyond.

Someone had shared a meme of a balding Sjava (who is naturally hirsute). Initially, he was upset by the picture. Soon enough, though, he found a way to capitalize on that publicity to promote his friend’s work. He did a fine job of it.

He shared the meme tweet of him, announcing Sphuzo’s album will be available. He gave not the tracklist or even the title of the album. However, it is said he would feature in a couple of tracks in the imminent work. 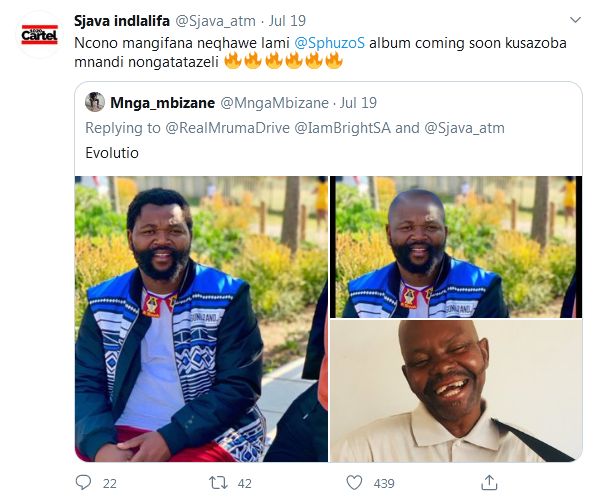 The man behind the work, Sphuzo, is said to be one of the most vocally gifted South Africans

We are watching events keenly and will bring you the album as soon as it drops. So bookmark UbeToo and check back regularly for updates.

Have you any idea about the imminent body of work? You might wish to join the conversation by dropping your thoughts in the comment section below.