If there’s something that will get viewers asking for more, it’s the spice – you know, the seamy, the steamy, the enchanting, the unusual.

Skeem Saam actor John Maputla gave viewers of the popular series a sprinkling of all of that in a recent episode.

In that episode, he was chilling with his mistress Melita when his wife (Meiki) came around after knocking at the door. She almost caught two of them. Melita ducking in the wardrobe saved the day.

Melita already has a son, named Kwaito, for John Maputla. When Meiki got wind of John’s cheating, she was incensed and tried to murder her husband’s mistress and the child she sired for him.

Fans loved the drama of the latest episode, and they popped on social media to share their thoughts on him, and in no time he started trending.

One fan noted that a cheat will always be a cheat and a leopard never changes its spots. Some fans could only laugh at John for his style of never giving up seeking adventures away from his marital home. You can check out some reactions below. 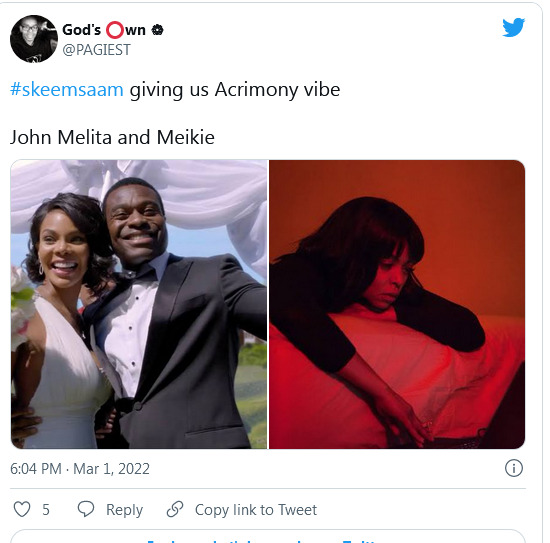 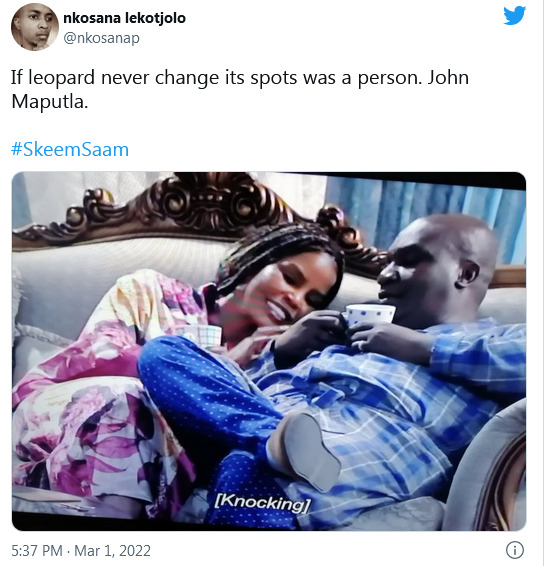 It remains to be seen what other drama John will pull off in the next episode.

Tags
John Maputla Skeem Saam
John Israel A Send an email 3 March 2022
Back to top button
Close
We use cookies on our website to give you the most relevant experience by remembering your preferences and repeat visits. By clicking “Accept All”, you consent to the use of ALL the cookies. However, you may visit "Cookie Settings" to provide a controlled consent.
Cookie SettingsAccept All
Manage Privacy