The last episode of popular soapie Skeem Saam had many viewers clapping over the radical evolution that has taken place in Eunice’s life and how she now treats Mr Kgomo.

Unlike before, Eunice is now rich and transformed in many ways. And boy, she’s no longer taking any nonsense from Mr Kgomo. He tries to look and act like the one in charge, but she shows him that she’s actually the one in charge now.

She’s got the money, and as the saying goes, money speaks. Eunice had received Fannie’s millions, and her life had transformed magically. Now she can take on Mr Kgomo without fear whatsoever.

The transformation and how Eunice now carries herself because of her newfound wealth have many viewers clapping in approval. At least, according to some of them, she can now check Mr Kgomo’s arrogance. You can check out some of the comments below. 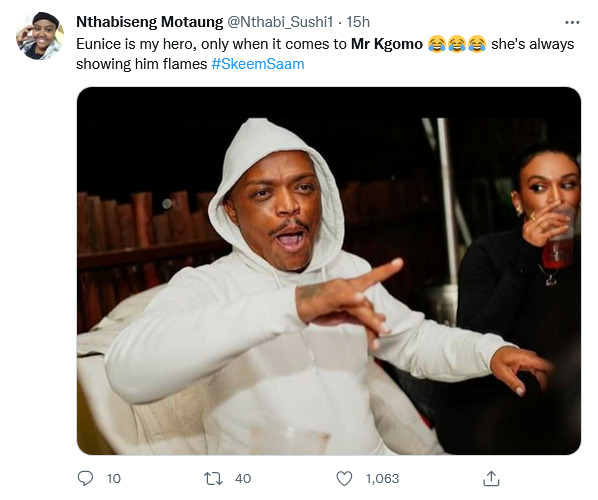 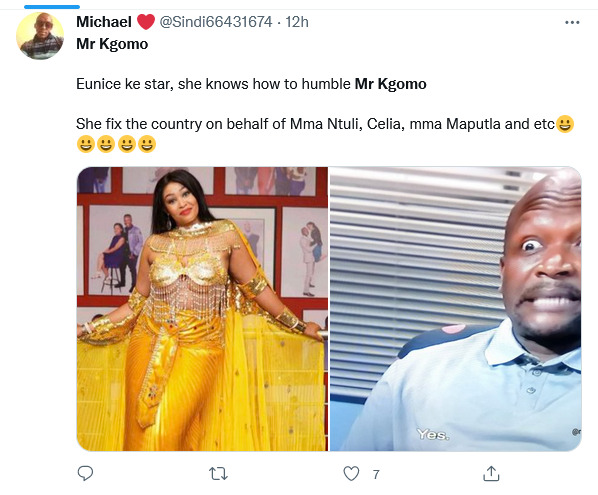 Mr Kgomo is known as an arrogant boss. Eunice being able to serve him his own medicine is a source of great pleasure to viewers. But for how long will Eunice enjoy that wealth and power? The coming days should reveal a lot. So follow us and stay tuned for updates.

Tags
Skeem Saam
John Israel A10 May 2022
Back to top button
Close
We use cookies on our website to give you the most relevant experience by remembering your preferences and repeat visits. By clicking “Accept All”, you consent to the use of ALL the cookies. However, you may visit "Cookie Settings" to provide a controlled consent.
Cookie SettingsAccept All
Manage Privacy