In almost every film and almost every episode, some actors stand out and viewers just can’t get enough of them. For viewers of the popular series Skeem Saam, MaNtuli is an intriguing character, and they just can’t have enough of her.

Some viewers think MaNtuli is a comic character who brings so much drama to the screen, some think he’s just a self-centered narcissist, always playing the victim.

Some fans think her slack on her job, ascribing her closeness to John Maputla as the reason for that. A similar allegation is leveled against Melita.

MaNtuli brought so much drama on the day she was hired as a concierge on the set that some viewers expected her to be fired that same day.

MaNtuli has her stands, though, and most of them are happy that she now had a job. Whether or not she’s effective in her new role is a different ball game altogether. You can check out some of the reactions below.

With Mantuli as the new sesi Ouma, It's going to be an interesting ride i tell you.. 😂 #SkeemSaam pic.twitter.com/25WET59ycz 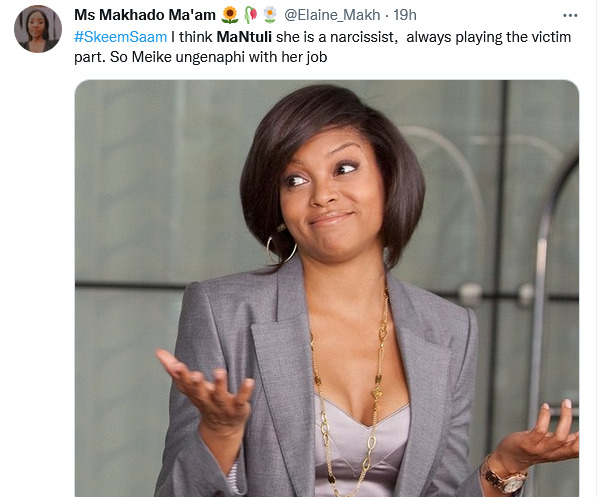 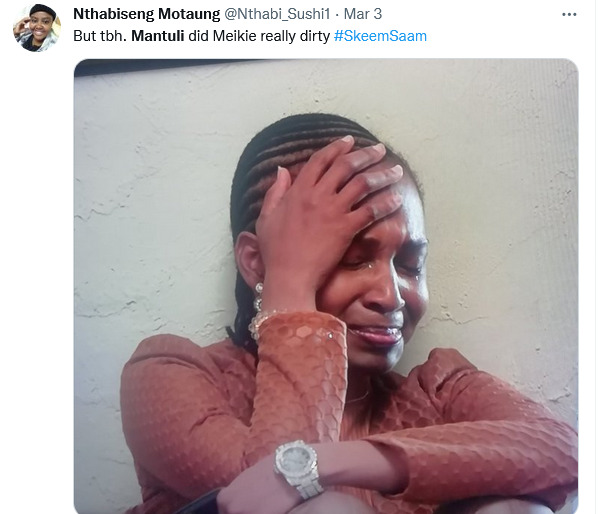 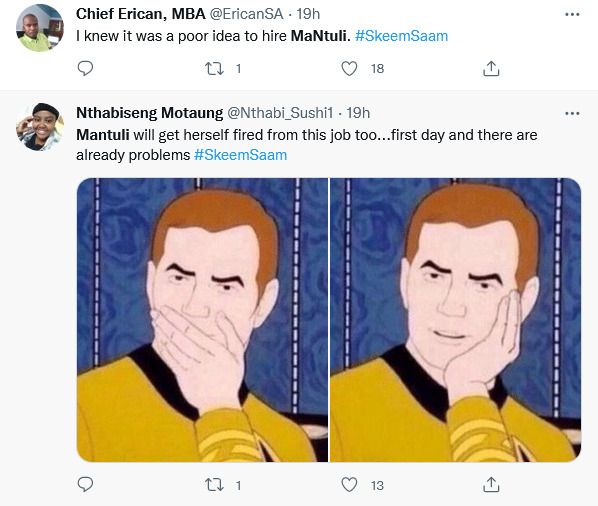 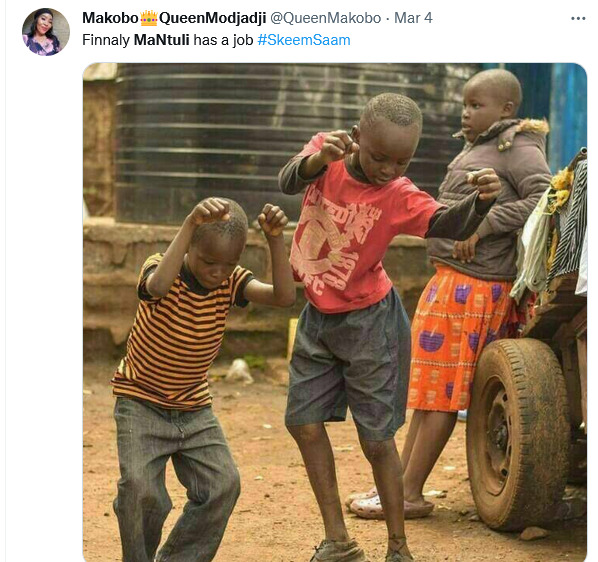 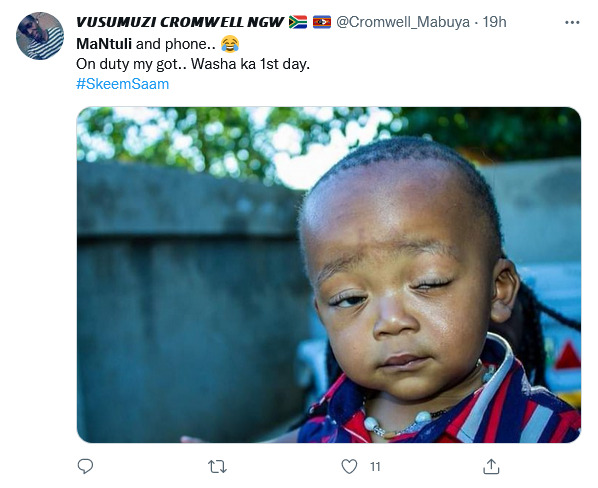 A South African soapie, Skeem Saam which follows the lives of three local boys, has been airing since 2011. In the years since it launched, it has grown in popularity and now most South Africans see it as a staple.

Tags
MaNtuli Skeem Saam
John Israel A Send an email 8 March 2022
Back to top button
Close
We use cookies on our website to give you the most relevant experience by remembering your preferences and repeat visits. By clicking “Accept All”, you consent to the use of ALL the cookies. However, you may visit "Cookie Settings" to provide a controlled consent.
Cookie SettingsAccept All
Manage Privacy