Skhanda Word boss K.O., who prides himself in having opened more doors than any other hip hop artiste,  has just added a new artiste to his record label. The new artiste is no other than Roiii, who has apparently been making music before he was discovered and signed by the one-time Teargas member.

Roiii is 19 and with a fine voice you wouldn’t mind hearing. K.O introduced him to the world in an Instagram post via the Skhanda World official account, stating that the Pretoria native is ready to set the hip-hop world ablaze. 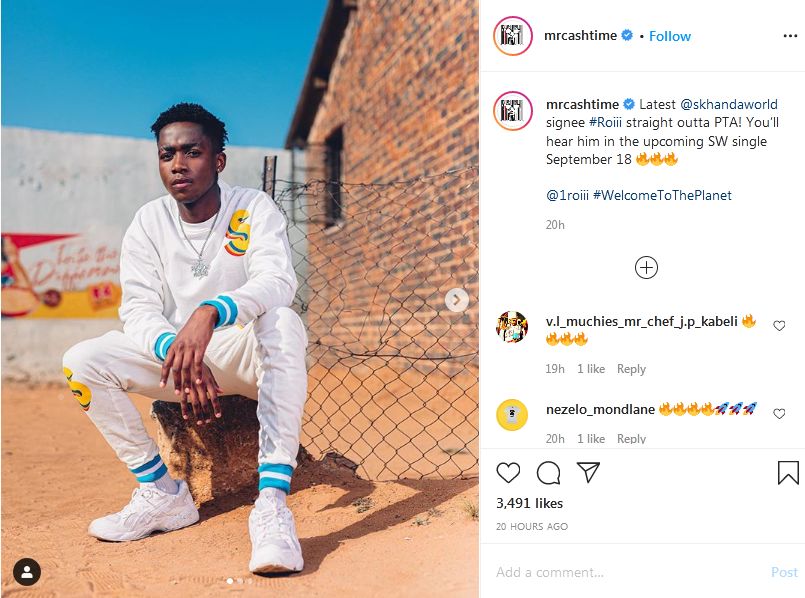 On his official Instagram page (@mrcashtime), K.O gave more details about the songster, noting confidently that Roiii has a single upcoming from the Skhanda World record label on 18 September – that’s about six days from now. He didn’r reveal if he would feature on the song or not.

Well, we have our eyes open for the song and will share it with you on release. Do well to follow our social media pages and subscribe to our newsfeed so you don’t miss out on the song when it drops.

Have you any expectations regarding the song? You might wish to join the conversation by dropping your thoughts in the comment section below.

Tags
K.O Roiii
John Israel A12 September 2020
Back to top button
Close
We use cookies on our website to give you the most relevant experience by remembering your preferences and repeat visits. By clicking “Accept All”, you consent to the use of ALL the cookies. However, you may visit "Cookie Settings" to provide a controlled consent.
Cookie SettingsAccept All
Manage Privacy