It looks like another boxing match is on the horizon, and this time it might end up a fist of heavyweights – pun intended.

In a recent tweet, Cassper Nyovest had given a poll asking his fans if a boxing match between Heavy K and Sol Phenduku of Podcast and  Chill with be ideal.

Reacting to the tweet, Heavy K had stated that Sol Phenduku wasn’t the guy he wanted to fight. Cass had asked why the guy was, and the Drum Boss had indicated controversial YouTuber Slik Talk.

Well, Cass wasn’t opposed to the idea. He thought it would be an ideal jam and okayed it. So he might end up sponsoring a fight between the Drum Boss and Slik Talk.

Cass had fought Slik Talk last year and beaten him up easily, giving the controversial YouTuber R100k as compensation for dating to get into the ring with him.

However, it appears like some fans aren’t impressed with Heavy K’s choice of Slik Talk as an opponent. They said the Drum Boss choose to fight Slik Talk because he knows the vlogger wouldn’t be much of a challenge. 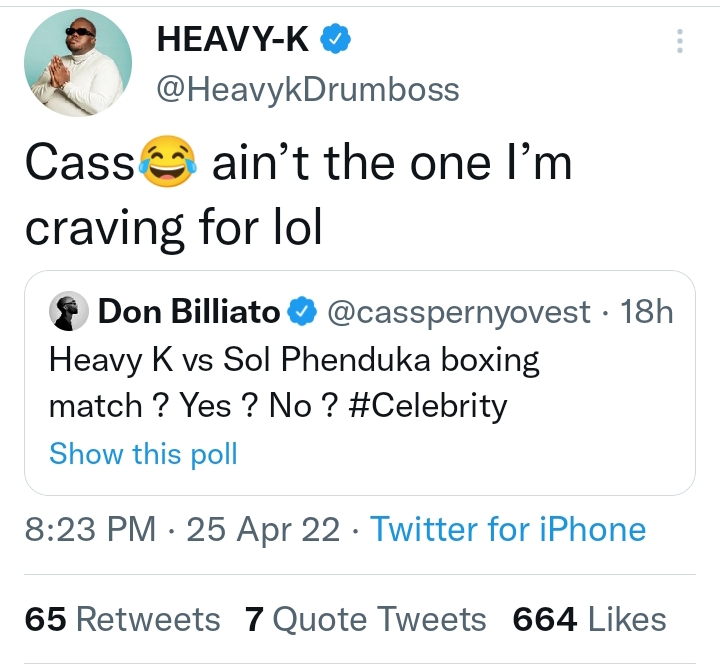 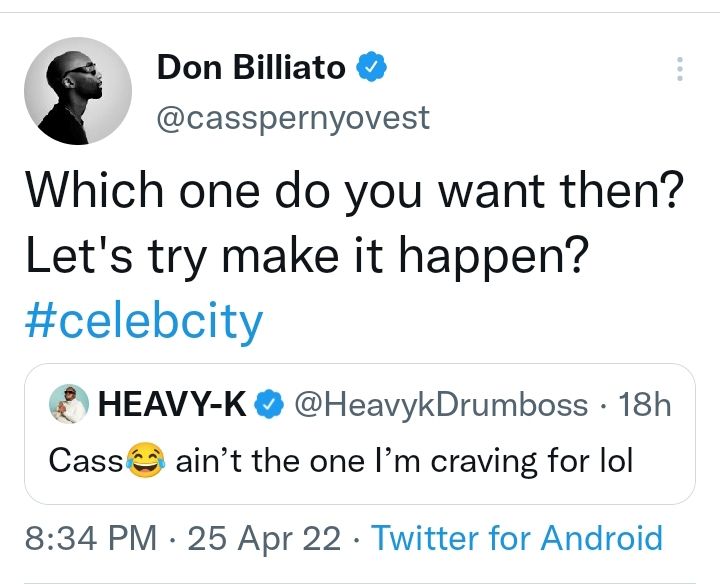 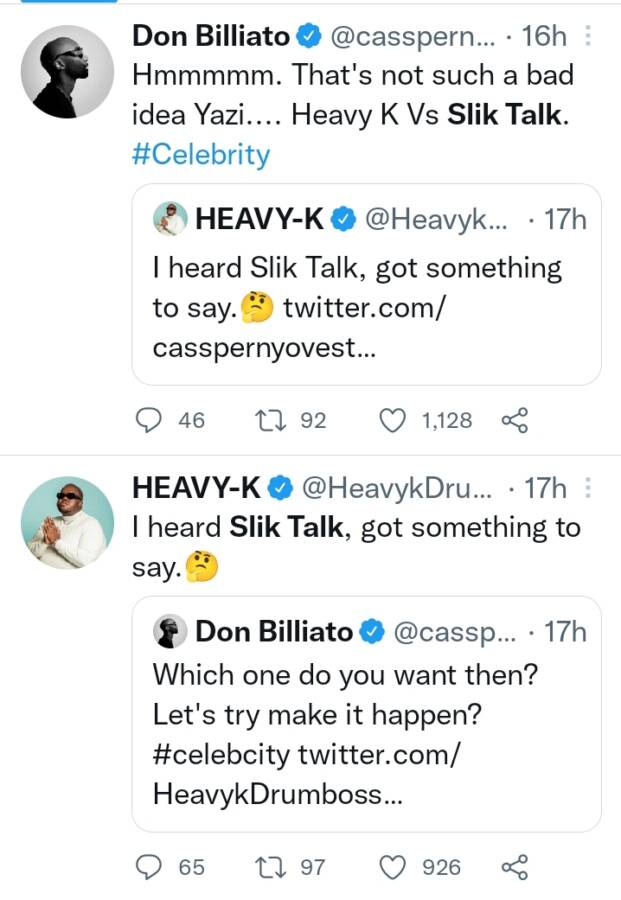 In other news, Slik Talk has dismissed Mihlali  Ndamase as a plastic version of Bonang.

Slik Talk calls Mihlali Ndamase "A plastic version of Bonang. A copycat of Bonang…A homewrecker" for being caught with a married man, Leroy and everything else 😭

Tags
Heavy K Slik Talk
John Israel A Send an email 26 April 2022
Back to top button
Close
We use cookies on our website to give you the most relevant experience by remembering your preferences and repeat visits. By clicking “Accept All”, you consent to the use of ALL the cookies. However, you may visit "Cookie Settings" to provide a controlled consent.
Cookie SettingsAccept All
Manage Privacy