Michael Bucwa, the South African DJ and producer who goes by the name Mr Smeg, has been said in his own coin by American singer Ari Lennox.

Ari Lennox had called Mr Smeg “Smegma” (A whitish sebaceous secretion that collects between the glans penis and foreskin or in the vulva) and described his entire existence as nauseating in a tweet which, interestingly, Mr Smeg has no trouble with sharing.

In case you missed it, here’s the backstory.

Months back, American had hoped on the set of Podcast and Chill with MacG, where the host asked her deeply personal questions about her sex life. Ari Lennox felt humiliated by the questions and denounced MacG and his podcast.

Enter Mr Smeg. Known for always describing everyone as beautiful, Mr Smeg had tweeted that Ari Lennox isn’t beautiful. It was unusual, and even Pearl Thusi noticed and commented about it. (The comment would eventually lead to a date between them).

Well, Mr Smeg’s attempt to reverse his “not beautiful” comment and get Ari Lennox to change her mind about not visiting South Africa ever again backfired.

Responding to Mr Smeg, Ari Lennox had noted she isn’t changing her mind about not revisiting South Africa and that Mr Smeg is nauseating. 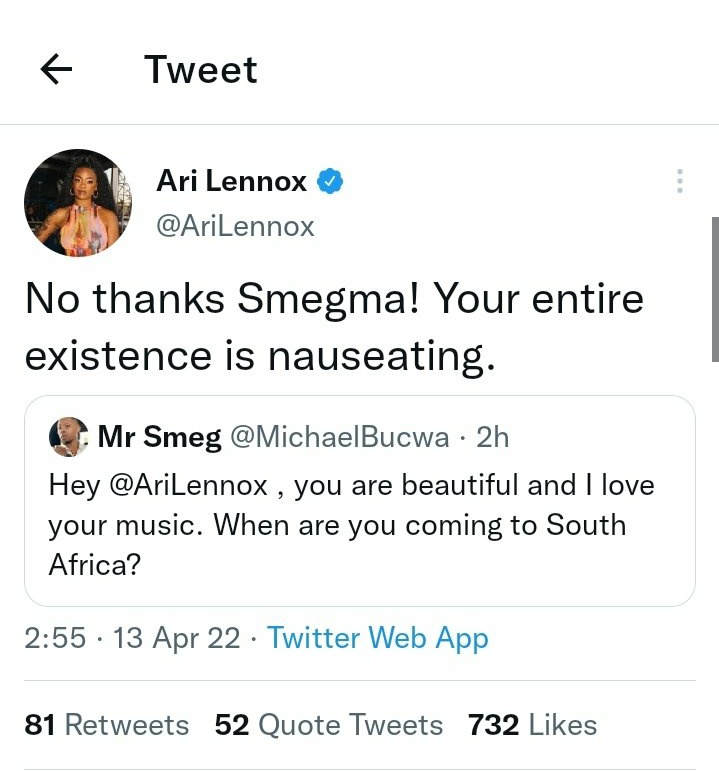 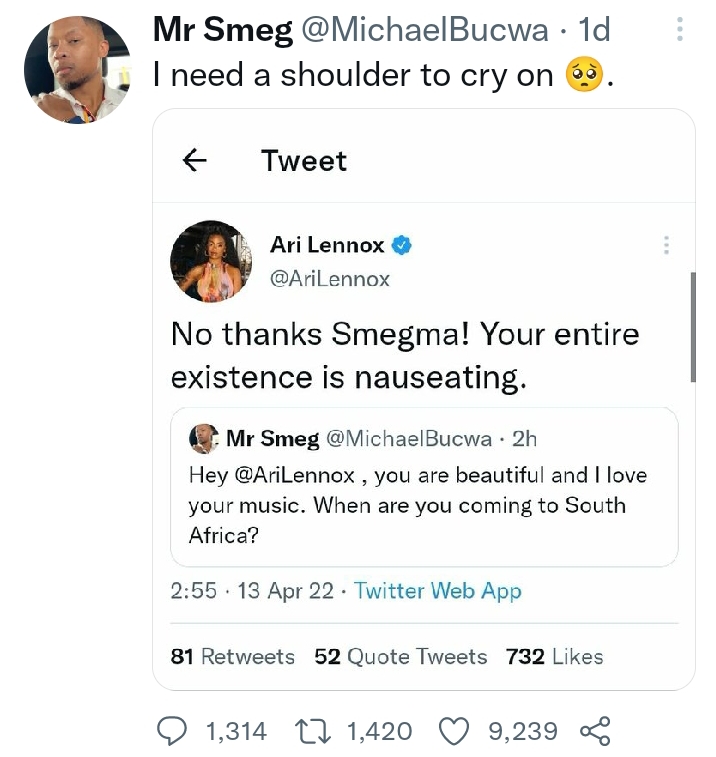 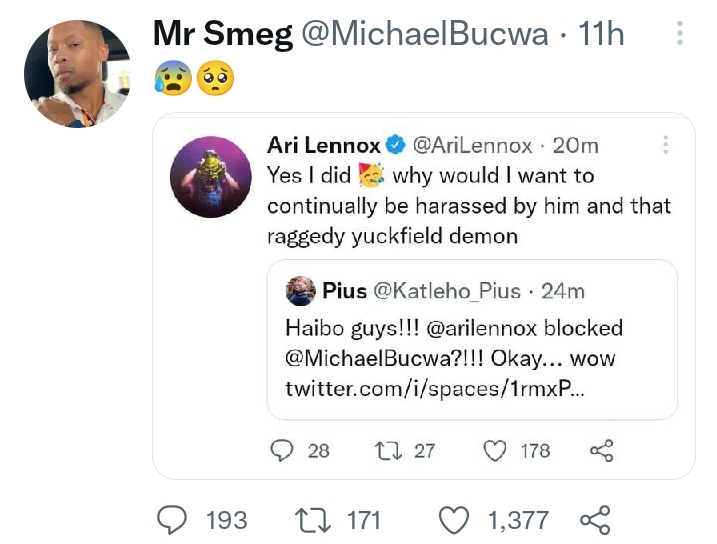 Tags
Ari Lennox Mr Smeg USA
John Israel A Send an email 14 April 2022
Back to top button
Close
We use cookies on our website to give you the most relevant experience by remembering your preferences and repeat visits. By clicking “Accept All”, you consent to the use of ALL the cookies. However, you may visit "Cookie Settings" to provide a controlled consent.
Cookie SettingsAccept All
Manage Privacy