AKA dominates the music charts with his new songs “Energy”, “Monuments” and “Cross My Heart”.

Mzansi rapper, AKA makes success look too easy and he knows it. In fact, he does it to show who’s the best in the game. Yesterday, the talented rapper stayed true to his word and delivered a tripple release.

He released the songs “Energy” featuring Gemini Major, “Cross My Heart”, and “Monuments” featuring Yanga Chief and Grandmaster Ready D. Apparently fans were waiting for the release because he has taken over the charts with them. A screenshot shared by the rapper revealed he’s currently at numbers 1, 2 and 4 on the iTunes songs chart.

That’s just massive. Remember when Supa Mega revealed he was going to take over the entire charts and airwaves with the music he’s recorded this year? Well, he actually did it. We think there’s more on the way. We can’t wait to see the rest of his plans unfold. 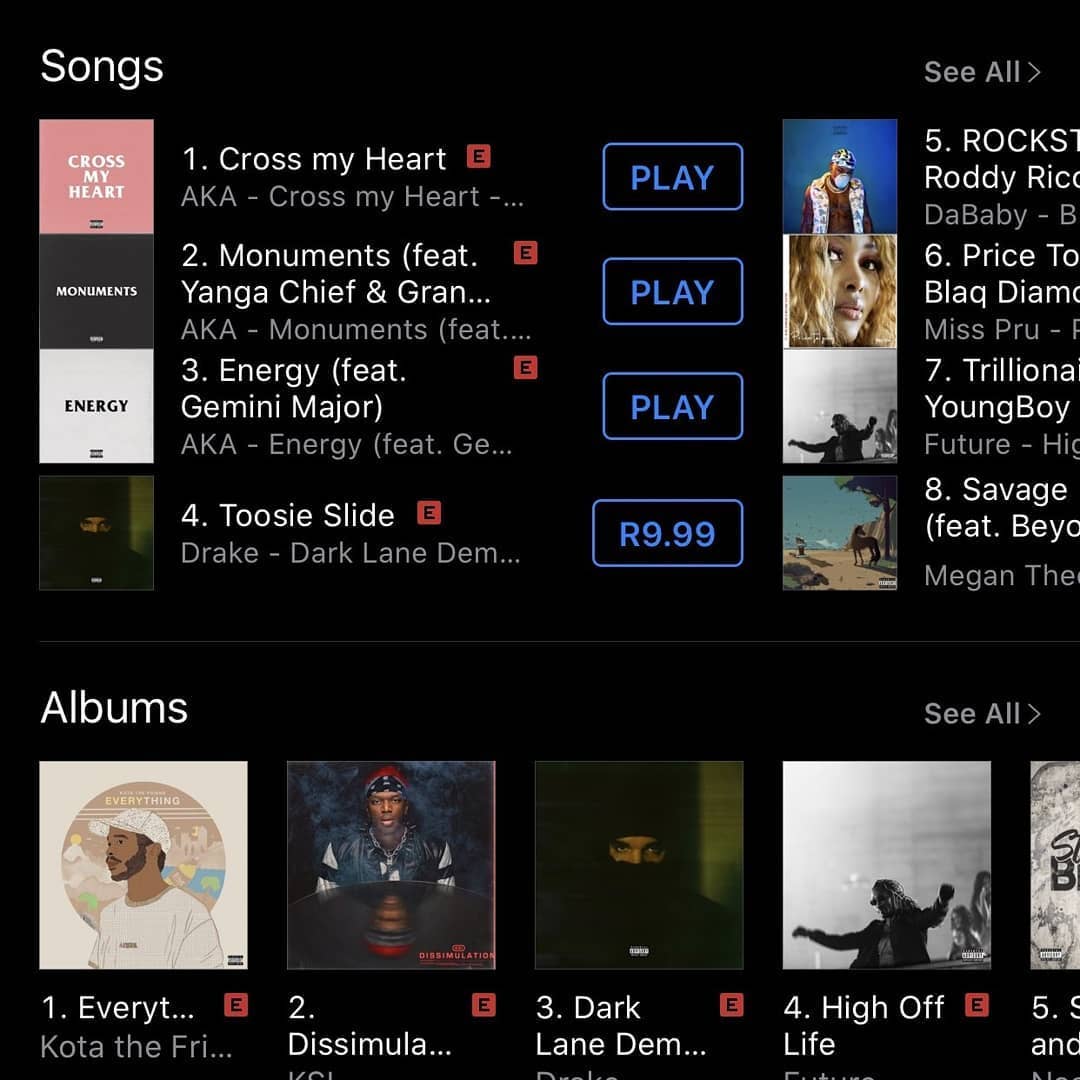 Tags
AKA
John Jabulani Send an email 22 May 2020
Back to top button
Close
We use cookies on our website to give you the most relevant experience by remembering your preferences and repeat visits. By clicking “Accept All”, you consent to the use of ALL the cookies. However, you may visit "Cookie Settings" to provide a controlled consent.
Cookie SettingsAccept All
Manage Privacy