It is no longer news that Andile Mpisane’s wife Tamia has given birth, but somehow Andile’s ex Sithelo Shozi has been cashing stray bullets as a result.

Before mysteriously hitching up with Tamia Mpisane and marrying her in no time, Andile dated the disc jockey and sired two daughters by her. And while she claimed they got married at some point, he never did the same. Instead, she married Tamia in a lavish ceremony last year.

Tamia got pregnant for him soon after. And then she’d given birth. Her mother in law Shauwn Mkhize had announced the delivery to the world and revealed the baby’s name as Miaandy — obviously a mix of Tamia and Andile.

After a brief stay at the hospital, Tamia had been driven home in a Rolls Royce to a lavish welcome.

Tamia Mpisane is discharged from the hospital.

While Tamia Mpisane enjoys all the attention from adoring fans, Sithelo is somewhere on the web sharing her favourite drink with fans. At the same time, some social media users relive her life and her relationship with the Royal AM player. You can check out some of the comments below. 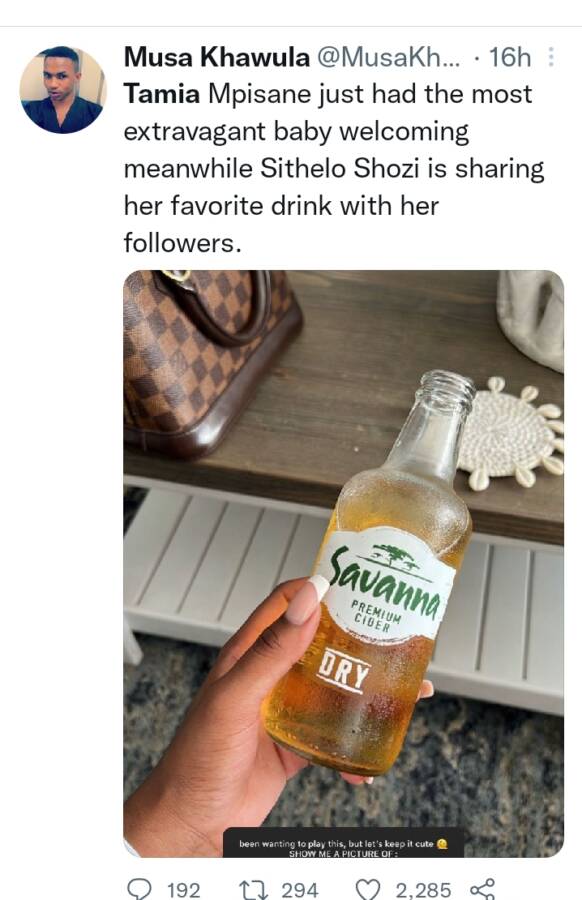 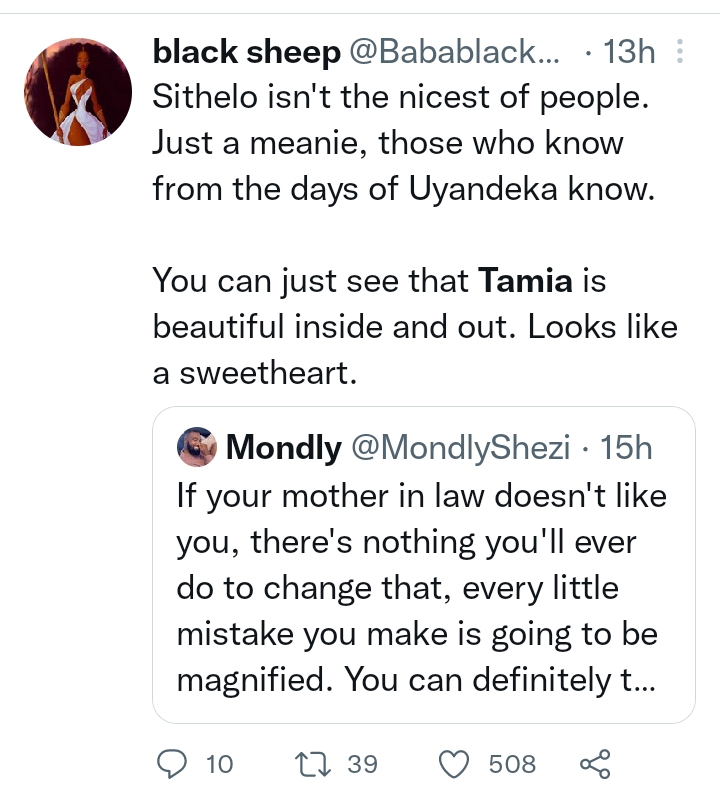 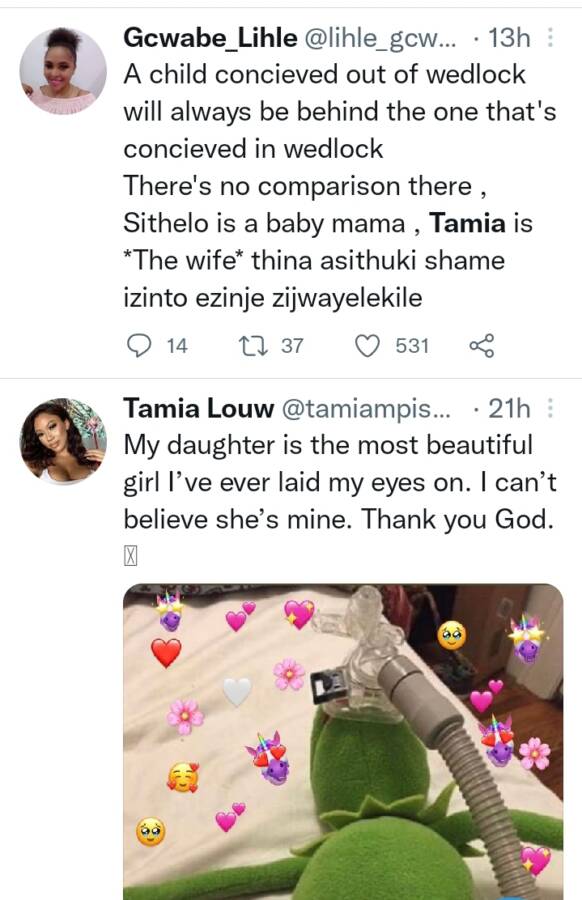 Reports indicate that Tamia is doing just fine, but Andile is somewhat exhausted. Miaandy is the footballer’s third child.

Tags
Sithelo Shozi Tamia Mpisane
John Israel A Send an email 18 May 2022
Back to top button
Close
We use cookies on our website to give you the most relevant experience by remembering your preferences and repeat visits. By clicking “Accept All”, you consent to the use of ALL the cookies. However, you may visit "Cookie Settings" to provide a controlled consent.
Cookie SettingsAccept All
Manage Privacy