Media personality Somizi was the most recent guest on The Braai Show, which is being hosted by Cassper Nyovest. A key highlight of the show was his answer to the question on the whereabouts of his ex-husband Mohale Motaung.

The response caught many by surprise but then many were able to deduce that he meant that Mohale was dead to him – alive in the material plane, but nonexistent in his consciousness.

Cassper Nyovest had wanted to know what actually happened because he was present when Mohale and Somizi got married. To this Somizi had wondered if he was supposed to shoot his estranged ex while leaving. You can check out some reactions below. 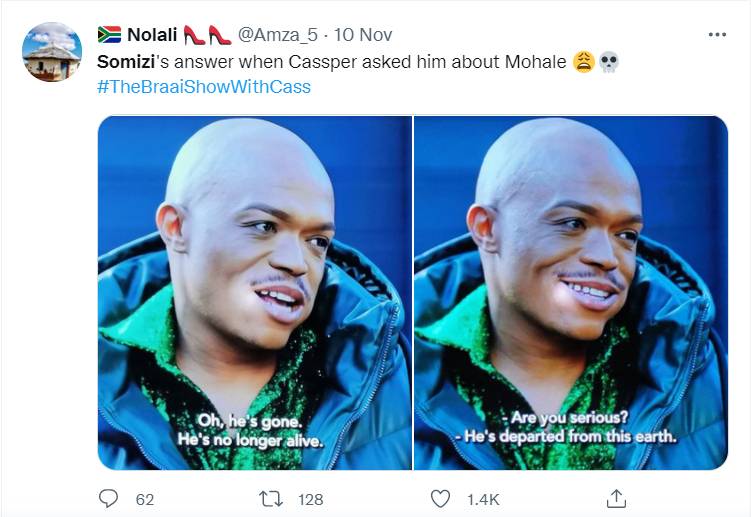 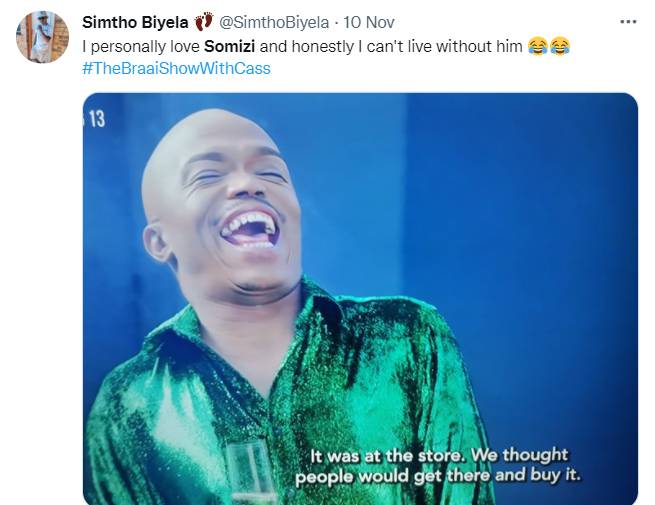 Somizi and Mohale had a wonderful time as a couple until the lid fell off their relationship and an audio leaked online in which Mohale was claiming Somizi was abusive toward him and had at a point threatened him with a knife.

The furor the audio generated ultimately led to Somizi losing his position on the judging panel of reality show Idols SA. Following his exit, the ratings of the show plummeted. Now, in lieu of him, the show uses guest judges.

Tags
Mohale Motaung Somizi
John Israel A Send an email 12 November 2021
Back to top button
Close
We use cookies on our website to give you the most relevant experience by remembering your preferences and repeat visits. By clicking “Accept All”, you consent to the use of ALL the cookies. However, you may visit "Cookie Settings" to provide a controlled consent.
Cookie SettingsAccept All
Manage Privacy