The battle for the soul of South Africa continues, with Nhlanhle Jux in the vanguard of the advocacy to put South Africa first and toss illegal immigrants out of the Rainbow Nation so the local population can take their jobs.

Nhlanhla Lux’s advocacy, code-named Operation Dudula, has been a controversial subject from the outset. Some people within South Africa accused him of provoking xenophobic sentiments with his advocacy.

However, the young man has got his stans, who think him as the head of a just cause and that he should be treasured and protected. He’s reportedly from Soweto, where Operation Dudula advocacy is gaining tremendous momentum.

There’s been great tension in Soweto over the faceoff between the Economic Freedom Fighters (EFF) and the campaigners of Operation Dudula. Where the EFF wants open borders, Operation Dudula advocates want none of it.

The faceoff has gotten so heated that the EFF has asked the South African police to arrest Nhlanhla and other faces behind Operation Dudula.

Trouble had begun when EFF leaders accompanied Vicor Ramerafe, a pensioner, to the Dobsonville Police Station yesterday, Wednesday, March 22, where he wanted to lodge a complaint against Operation Dudula leader Nhlanhla Lux.

#OperationDudula #OperationFiela. Nhlanhla Lux. A clear indication of stooges send to attack black people in their home for his Masters. The people of Soweto must see him for who he is. pic.twitter.com/TpW60hwMYs 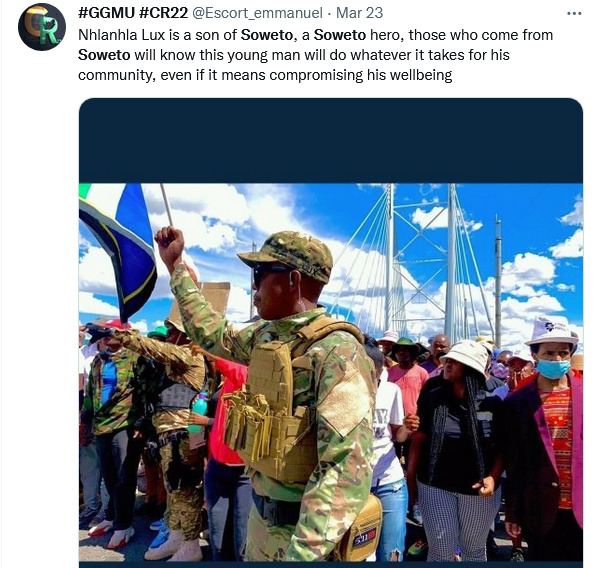 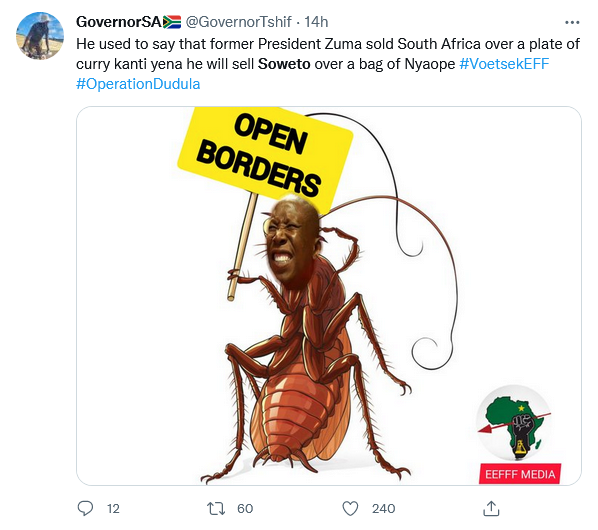 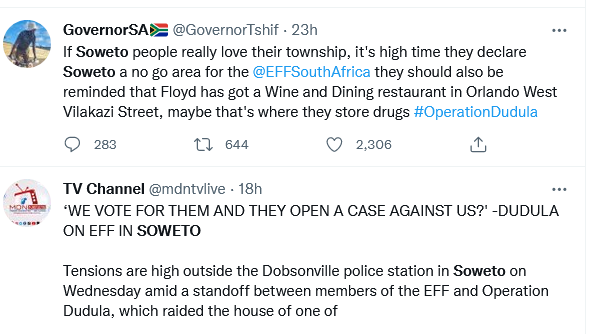 The said pensioner is accusing Nhlanhla Lux of intimidation and assault.

Tags
Operation Dudula
John Israel A Send an email 24 March 2022
Back to top button
Close
We use cookies on our website to give you the most relevant experience by remembering your preferences and repeat visits. By clicking “Accept All”, you consent to the use of ALL the cookies. However, you may visit "Cookie Settings" to provide a controlled consent.
Cookie SettingsAccept All
Manage Privacy