The pains over the abduction of the Moti brothers isn’t over just and – and neither has the drama, even after the boys were released to their family.

The Moti brothers, Alaan, Zia, Zayyad, and Zidan were kidnapped in October 2021 and eventually released – allegedly after payment of a R50 million bribe (R45 million in cash and R5 million in diamonds).

With rumors flying out there that the Moti family had interdicted the police from interviewing any relatives, as well as their four sons, the family had been forced to issue a statement.

In a statement that was shared by the security expert Yusuf Abramjee, the family had thanked South Africans for supporting them through the turmoil of the kids’ abduction.

They noted that since their four sons were returned to them, they have been living in fear of a reprisal that might be caused by them speaking out. While confirming their sudden relocation out of South Africa, they insisted that they have not issued any interdict. 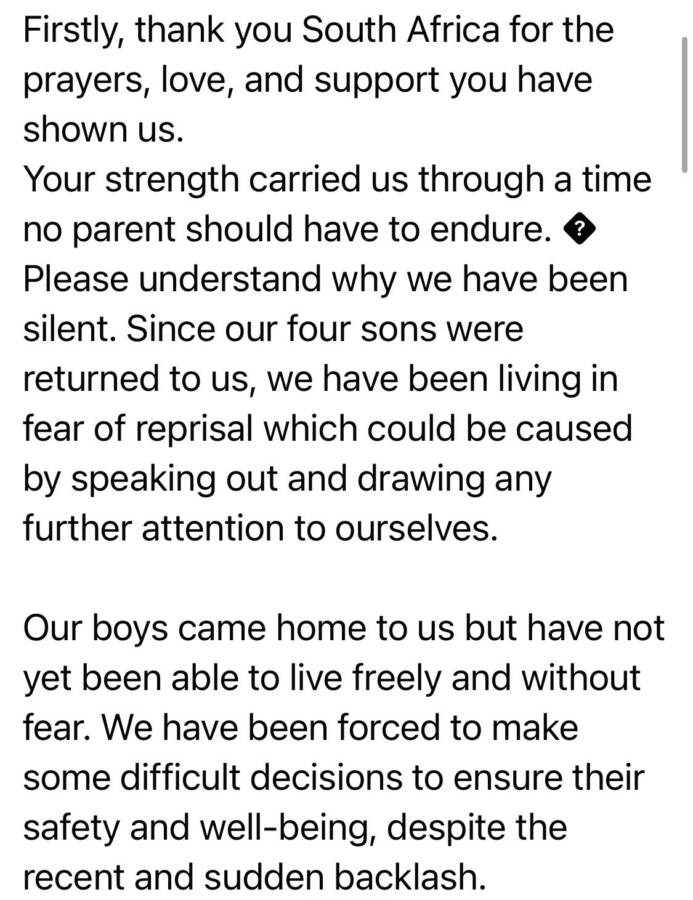 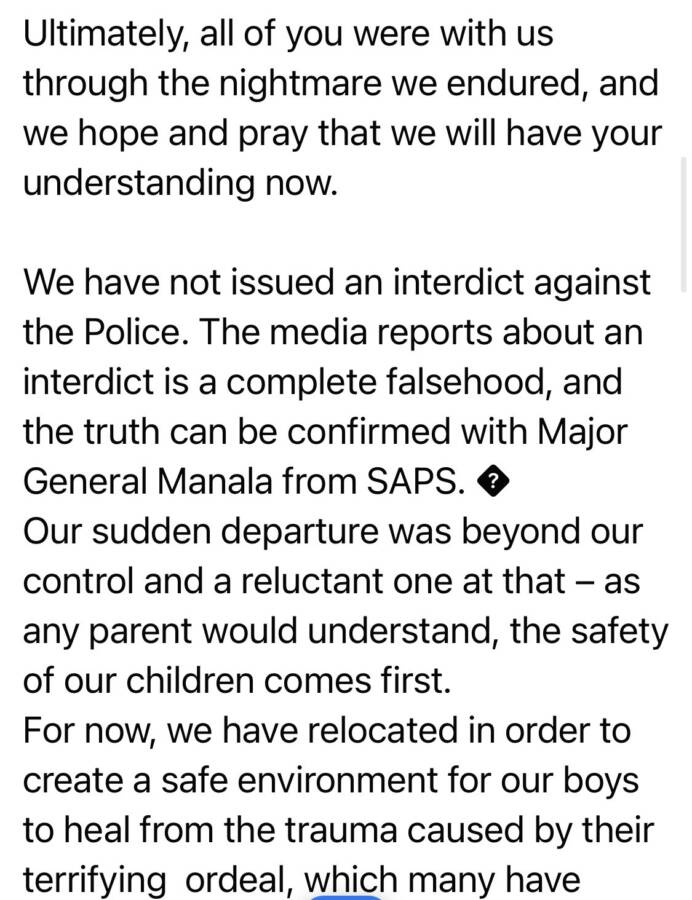 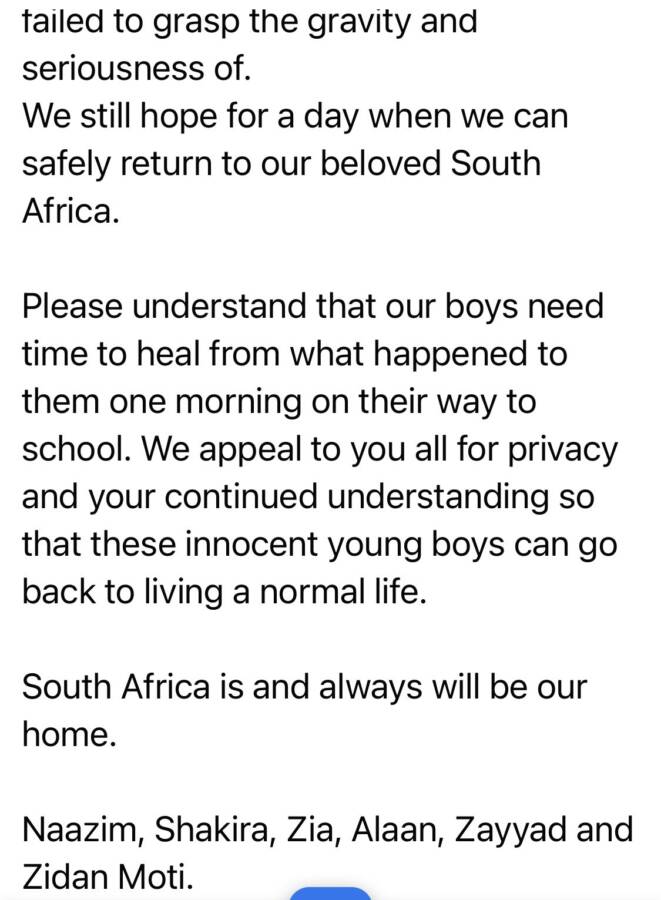 The safety of their children comes first, and they had to make the decision, however hard, to leave South Africa. The statement elicited mixed reactions, with some expressing sadness that insecurity is now prevalent in South African and should cause the family to leave.

Tags
Moti Moti Brothers
John Israel A Send an email 17 January 2022
Back to top button
Close
We use cookies on our website to give you the most relevant experience by remembering your preferences and repeat visits. By clicking “Accept All”, you consent to the use of ALL the cookies. However, you may visit "Cookie Settings" to provide a controlled consent.
Cookie SettingsAccept All
Manage Privacy