Muso Tumi Molekane, long famous as Stogie T, has apologized after his response to a tweet by a queer fellow was branded homophobic.

A Twitter user who goes by the handle @Siphiwe_n had shared a tweet asking South African queer boys to present themselves for recognition. In response, Stogie T had said, “So you guys are like gay gay“? He thereafter urged them to live their truths, that they can always count on his support. 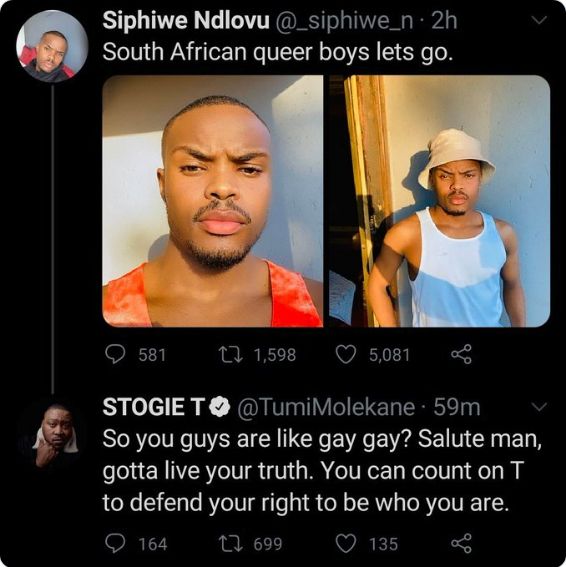 The response elicited mixed reactions from the public. While some Twitter denizens thought the response was homophobic, others thought it wasn’t. you may want to check out some reactions in the screenshots below. 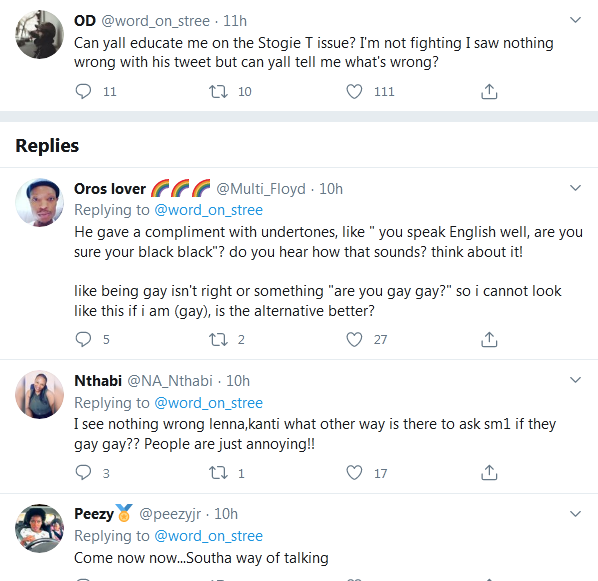 Anyway, Stogie T has reached out to @Siphiwe_n and apologized to him. From @Siphiwe_n’s it was clear he found the tweet homophobic. But the issue apeears to have been resolved now. Stogie T’s follow-up tweet, which you can check out below, suggests this. 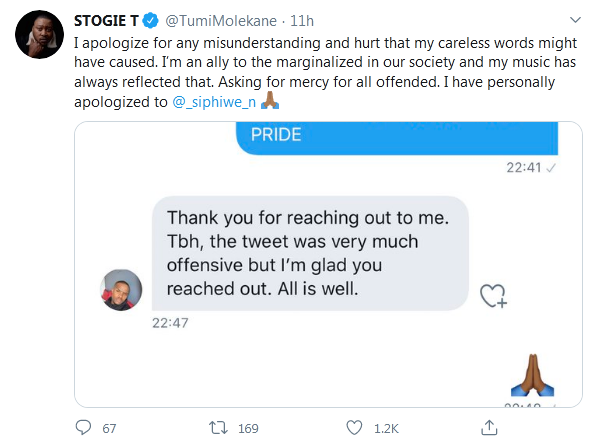 By the way, in case you missed it, Stogie T is launching two singles this Friday. One of them features Africa’s Coolest Kid, Nasty C.

What do you make of Stogie’s response to the initial queer post and his apology thereafter? You may want to join the conversation by dropping your thoughts in the comment section below