Notable lyricist Stogie T has corrected Rashid Kay, who apparently made a mistake celebrating the life of Solomon Mahlangu

Until his death, Solomon Mahlangu was an anti-apartheid campaigner of the ANC. He was convicted of murder and hung on April 6 1979.

Those who remember him and what he stood for usually commemorate his hanging every year. Rashid Kay apparently wanted to do the same but misidentified Solomon Mahlangu.

He had shared a photograph of an African-American being hung and captioned is as Mahlangu, urging his followers to remember the late activist. 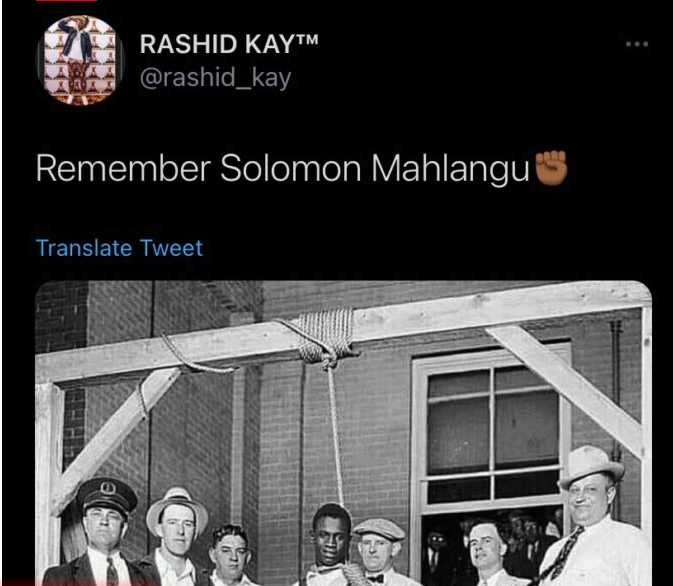 Unimpressed by the mistake Rashid Kay made, Stogie T had corrected him loudly and impatiently, clarifying that the picture Rashid Kay shared was not that of the anti-apartheid activist. He supplied the real picture, which you can check out below. 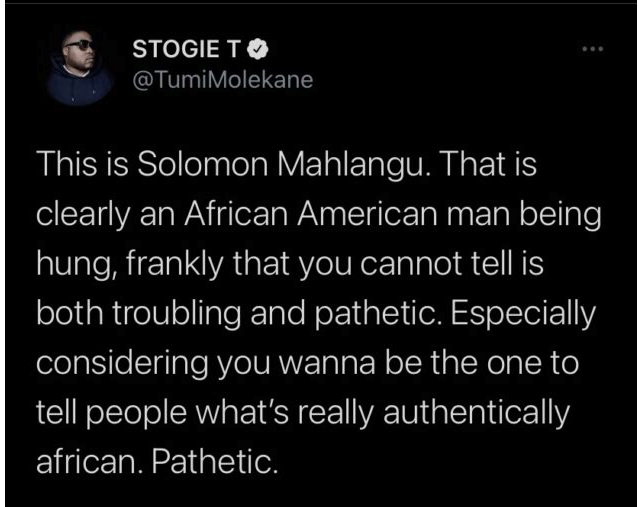 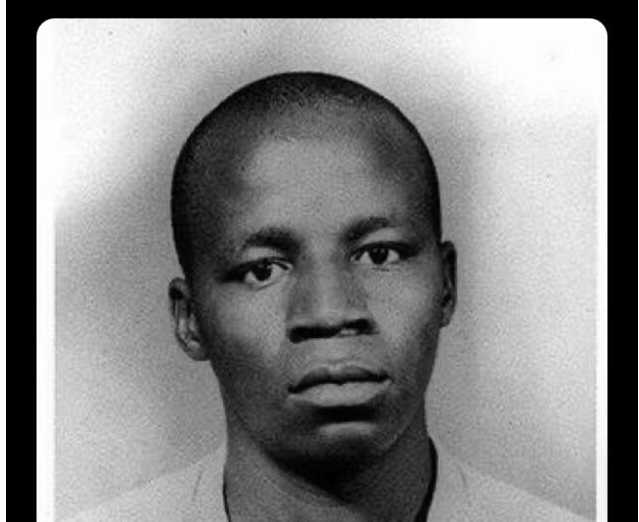 Well, what do you think of Stogie t correcting Rashid Kay the way he did? You may want to join the conversation by dropping your thoughts in the comment section.