2020 is gone. 2021 is three months gone. But who wins the Verse of the Year 2020. Several fine voices in African music are contenders for this prize. But who takes it ultimately?

That’s the question many have been asking. At. Any rate, with a list of top contenders already drawn, deciding who might take the crown might not be so difficult after all.

In recent posts on social media, notable lyricist Stogie T had shared the list of contenders for the prize – 20 in all. Although the “Empire of Sheep” muso has his 20, ultimately, according to him, the MCs themselves would have to select the top 10. Stogie T thinks the MCs are in the best position to select the top 10 among them.

Interestingly, the first four on the list are South Africans. Kwesta, YoungstaCPT, Zakwe, Nasty C, MI Abaga, Prince Infinite, Big Zulu, Ginger Trill, and PdotO are among the artistes on the list. You can check out the full list below. 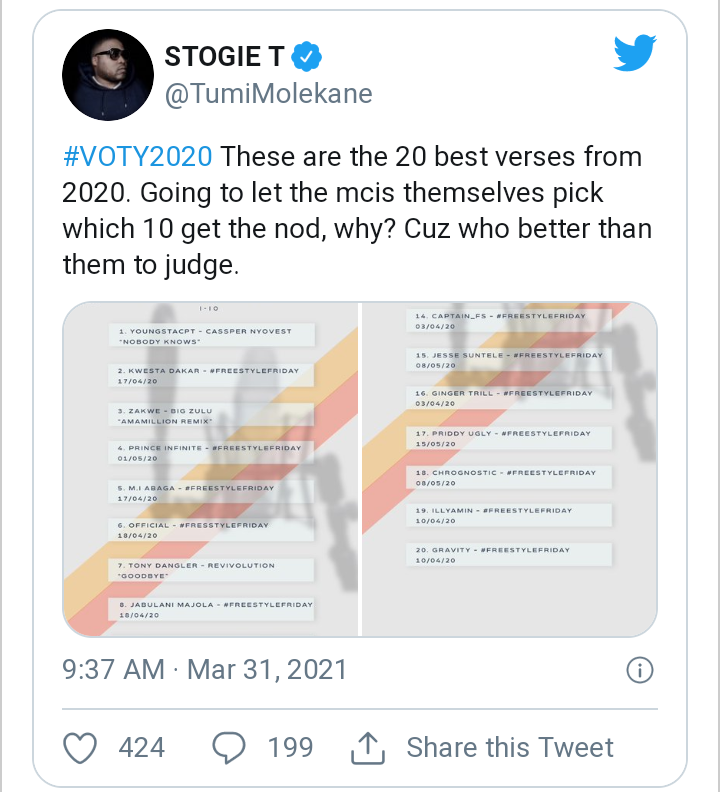 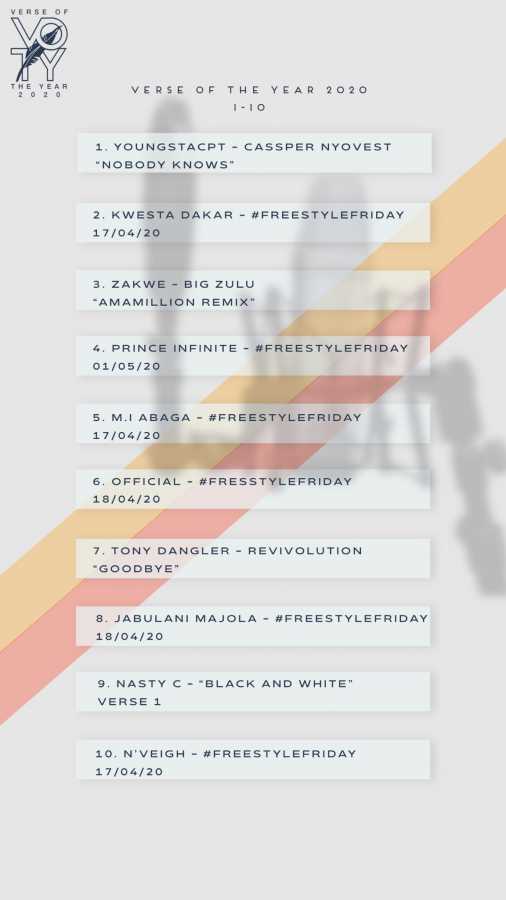 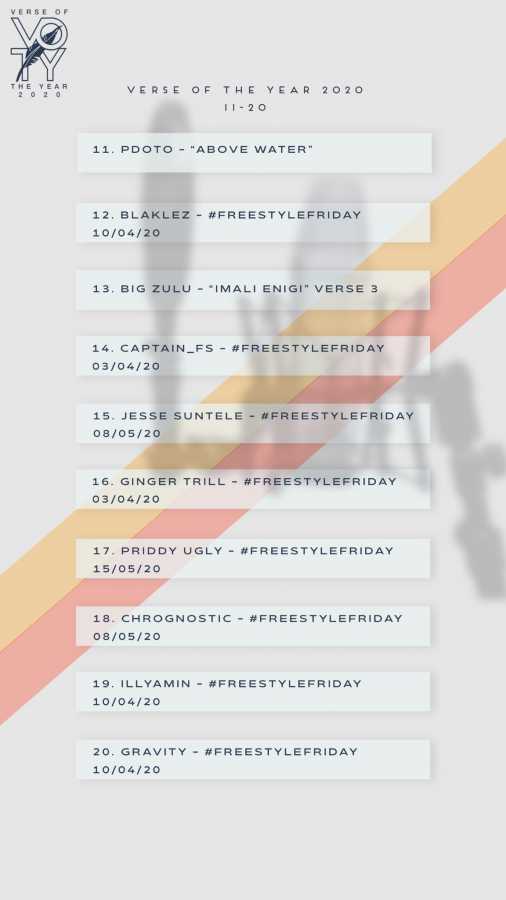 Well, what do you think of the list Stogie T sjardd on social media? Who is your favourite to win and why? You may want to join the conversation by dropping your thoughts in the comment section below. Way to go!