His name may not be at the top of the trends, but the “Freestyle Chief” Stogie T has shown again and again that he is in a class all his own, one of the finest lyricist in South Africa’s music orbit, and one with a fine grasp of societal issues.

Recently, on his Twitter page, he gave a brief lecture on consumer rights. The actress Renata Stuurman had shared an accident she witnessed at a store in which a consumer named Karen accidentally broke a bottle of red wine at Woolies. Karen had shouted “Sorry” and kept walking.

Stogie T shared the tweet, saying Karen did the right thing. He then narrated a personal experience when he broke a bottle of ketchup at a store and the store employees asked him to leave it. He wasn’t going to touch it anyway. 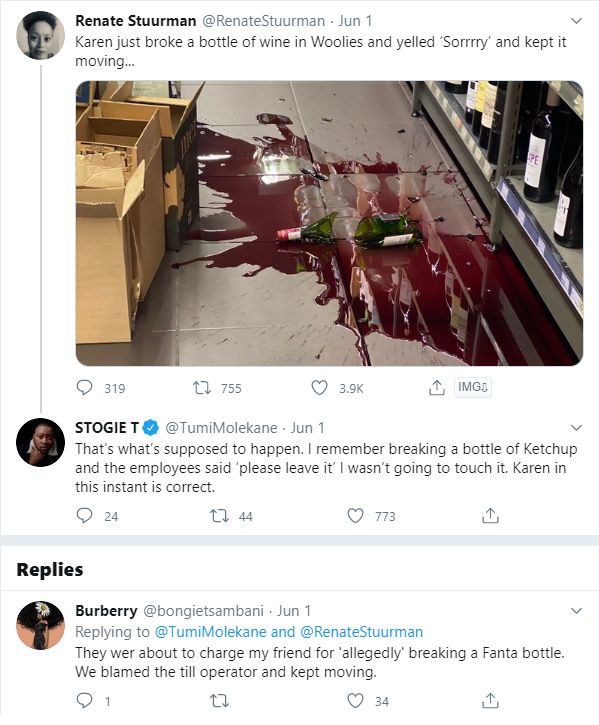 His observation provoked several questions from fans. Some wanted to know if the so-called consumer rights apply to stores with a strict “you break, you pay” policy. Someone posited that, in a black-owned store, one can’t break anything there and leave without paying.

You may want to check out the questions, and Stogie T’s responses to them, below. You may as well share your thoughts and experiences with us. 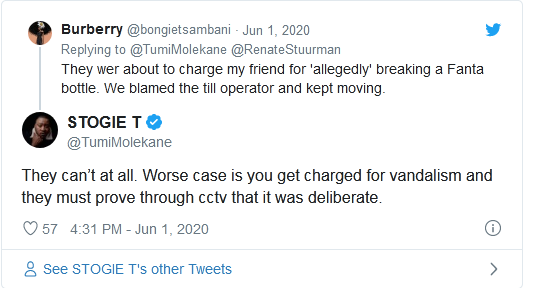 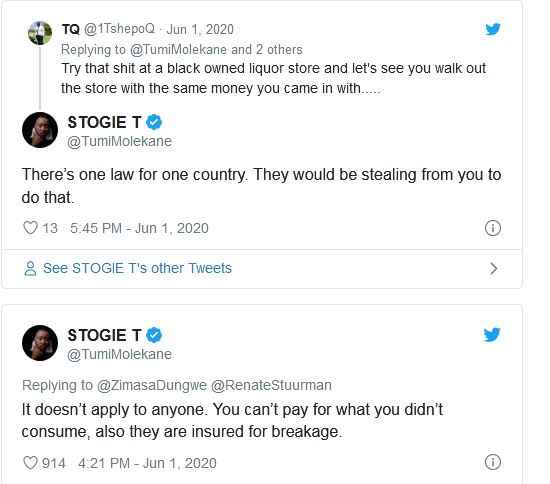