He had probably not anticipated what would follow when he insinuated that whites are now being enslaved in South Africa, but American rapper Tyrese has continued to pay for what many considered an egregious social slip.

In case you missed it, Tyrese had shared an image on Instagram showing white people in chains and a black man as the slave dealer. He had further stated that was exactly what was going on in the country. 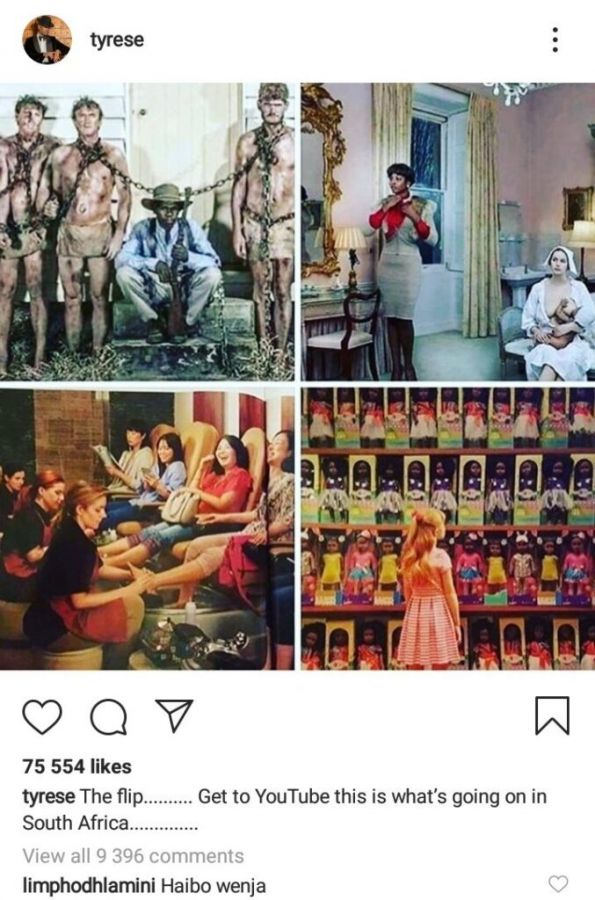 The claim was instantly denounced on social media, with some angry South Africans calling him the ultimate exhibition of ignorance by a celebrity. Although he has since apologized, the shots at his person have not abated at all.

In fact shots are even being fired from Tyrese’s constituency: the music industry. The latest to take a shot at the American rapper is Stogie T, unarguably one of the finest South African lyricists out there.

In a recent tweet that has since been taken down, the “Freestyle Friday” host indicated Tyrese had caused problems for herself by his infectivity and should reap the rewards of his indiscretion. The tweet was pretty laconic, stating South Africans are about to make the American rapper “that guy.”

Well, what do you think of Stogie T’s take on Tyrese’s Instagram misaadventure?

Tags
Tyrese
John Israel A18 June 2020
Back to top button
Close
We use cookies on our website to give you the most relevant experience by remembering your preferences and repeat visits. By clicking “Accept All”, you consent to the use of ALL the cookies. However, you may visit "Cookie Settings" to provide a controlled consent.
Cookie SettingsAccept All
Manage Privacy