Once-established people sometimes go through hard times. But not all of them have the courage to speak out about their challenges and even publicly ask for help.

Well, veteran actor Vusi Thanda is one of the few exceptions. The thespian is not only going through hard times. Things have become so hard for him that he has publicly stretched out an open bowl for the waters of goodwill to pour in from the public.

In a recent clip shared online, the veteran actor let South Africans know that he’s facing financial difficulties, and he asked them to assist him.

The clip of the veteran actor asking for help from the public angered many South Africans, some of whom noted that the ministry of Arts and culture had been occupied by mostly useless people who do nothing to ensure the stability of some ageing and poor cultural icons but readily spend millions on trips for cronies. You can check out some of the reactions below.

Imagine a whole entire Vusi Thanda asking for donations. This is a legend he shouldn't be living like this https://t.co/FLdPjIkdqb 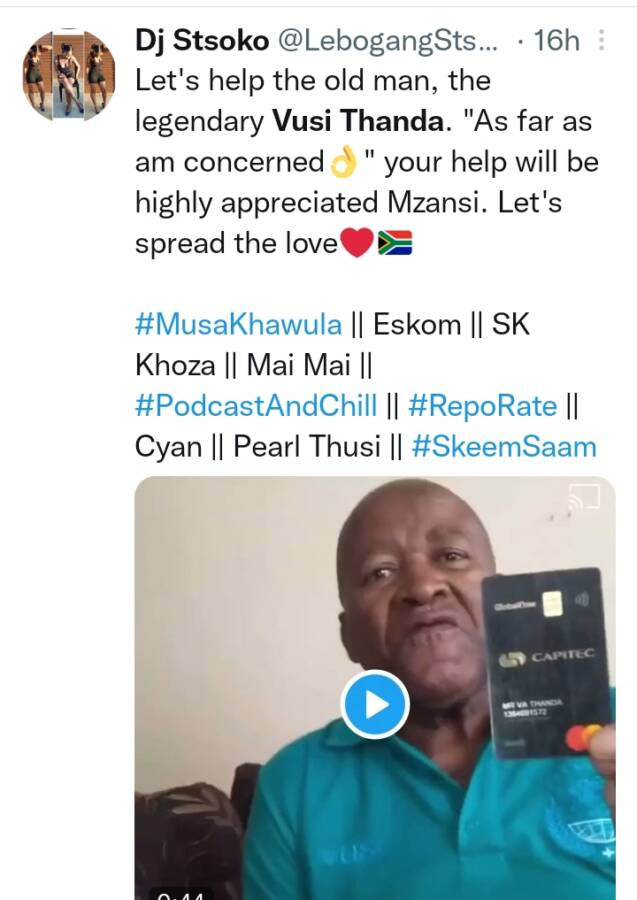 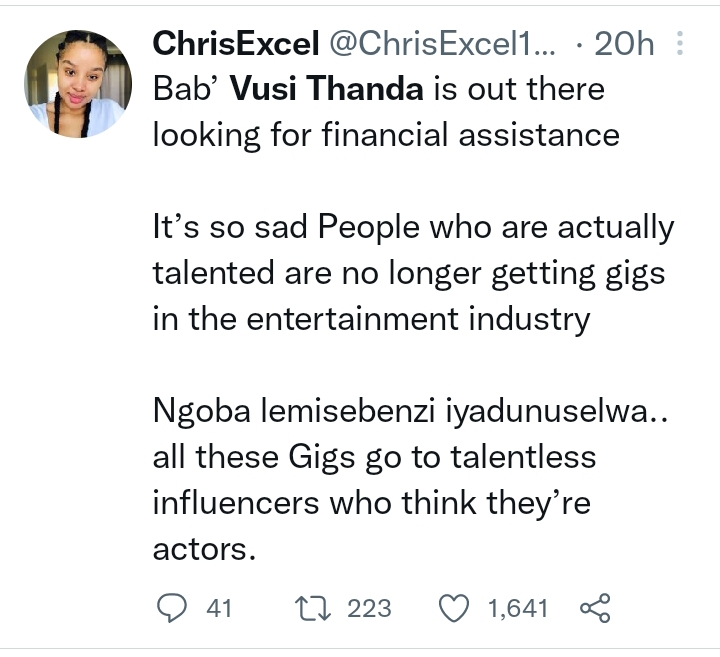 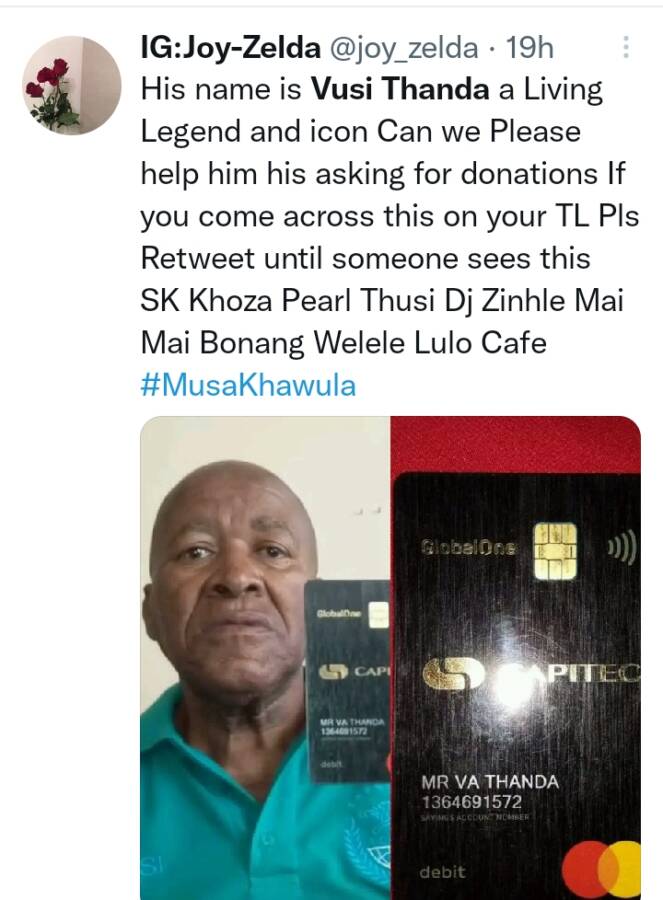 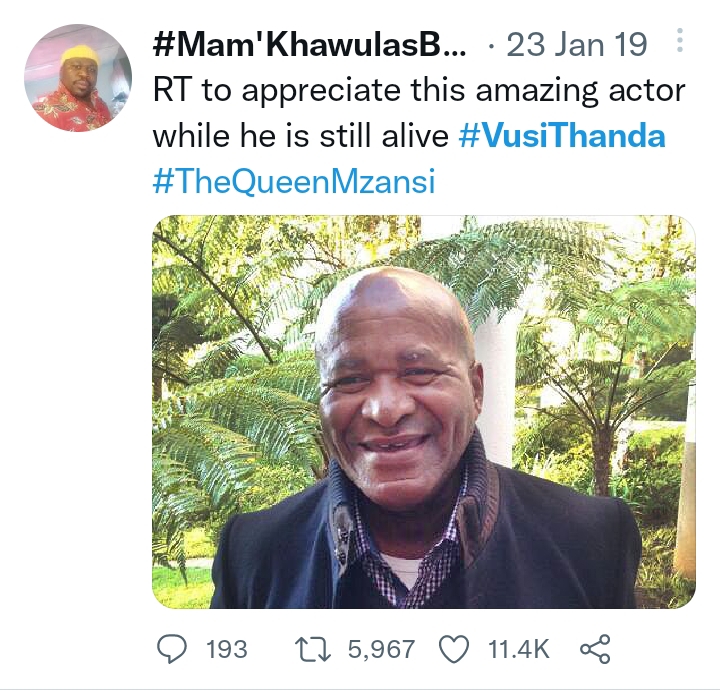 In the world of South African entertainment, Vusi Thanda is one of the few people who has asked for financial help of recent. Another notable voice is the singer Dr Malinga, for whom Mzansi was only too willing to give a hand.

Tags
Vusi Thanda
John Israel A Send an email 23 September 2022
Back to top button
Close
We use cookies on our website to give you the most relevant experience by remembering your preferences and repeat visits. By clicking “Accept All”, you consent to the use of ALL the cookies. However, you may visit "Cookie Settings" to provide a controlled consent.
Cookie SettingsAccept All
Manage Privacy