Summer Walker loves expressing herself.  However, the way she decided to express herself most recently, by having her head shaved, has got fans wondering what in heaven or hell made her do it.

While some fans commended her for expressing herself the way she saw fit, others lashed out at her for her decision.

In a tweet, the singer noted that she’d wanted that hairstyle her whole life. Well, clearly, some of her fans didn’t care for it and they weren’t pleased about it. So they inundated her post with many negative comments.

Apparently upset with the negative comments – or perhaps not wanting a place for them on her timeline, she had deleted the post. However, screenshots of the same are still flying online.

Also. She may have taken down the post, but the comments are still popping across social media, some of which you can check out below. 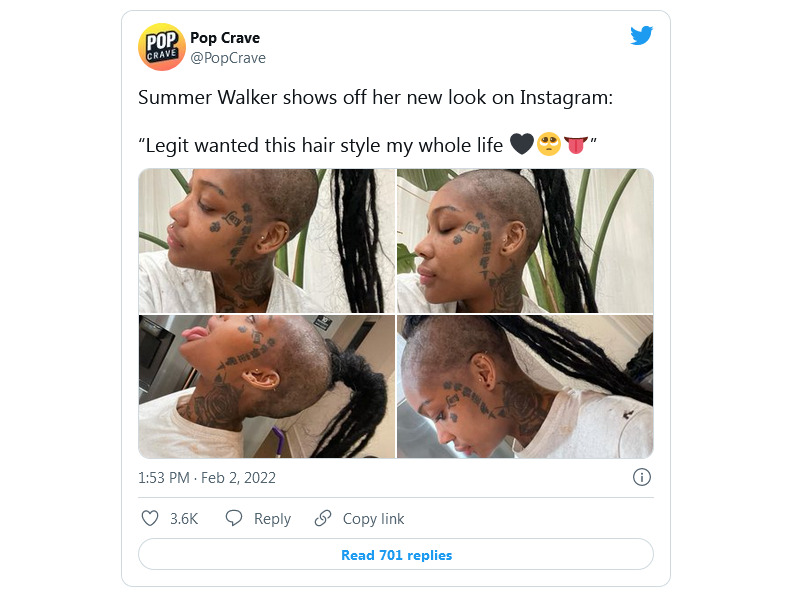 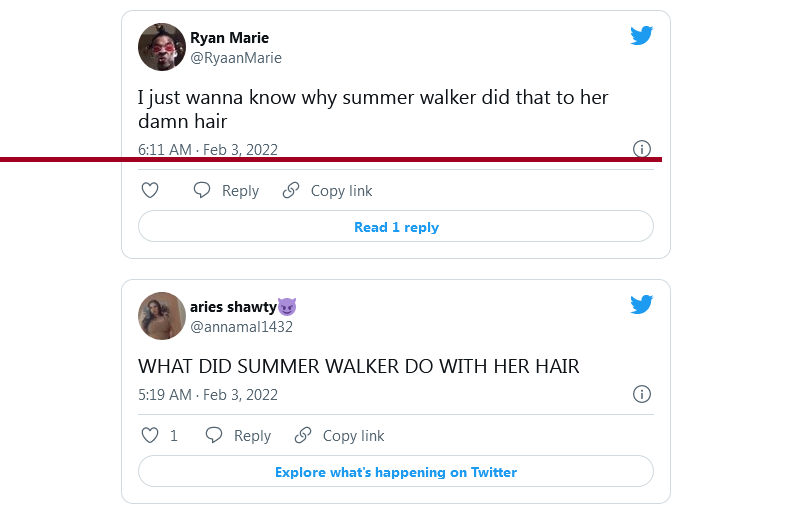 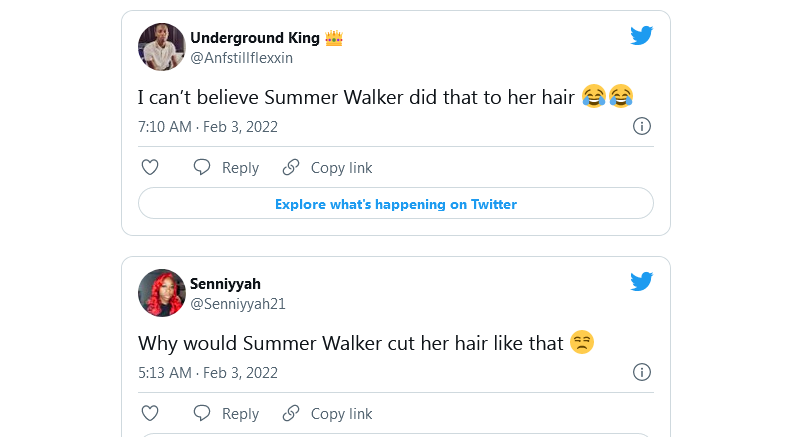 Well, the fans may not like what “hairly” transformation has taken place, but then the songstress has fulfilled a dream of hers. Ultimately, it is her peace and happiness that counts, not what some random social media users think or say.

By the way, she isn’t the first singer whose hairstyle change has elicited criticism.

Tags
Summer Walker USA
John Israel A Send an email 3 February 2022
Back to top button
Close
We use cookies on our website to give you the most relevant experience by remembering your preferences and repeat visits. By clicking “Accept All”, you consent to the use of ALL the cookies. However, you may visit "Cookie Settings" to provide a controlled consent.
Cookie SettingsAccept All
Manage Privacy