Some ladies have them really — men who would stand up for their partners in every situation. Alicia Keys is one such lady.

Controversy has erupted after podcast host John Budden had joined a conversation about Alicia Keys’ “Diary,” which was part of her album “The Diary of Alicia Keys” (released 2003).

About the song, a fan had tweeted that she thought Alicia got “cooked” by Tony! Toni! Toné! and Jermaine Paul, the guests on the song. Joe Budden, who runs one of the biggest podcasts in the world, had commented with a “low-key lol.”

Those words miffed the music producer, and he fired back in response, urging Budden not to go in that direction. He said he never got into Budden’s zone and urged him not to say anything about his wife – except greatness. Budden didn’t respond to the tweet. However, he took down what he wrote previously, indirectly showing his respect for the music couple. You can check out the controversial tweet below. 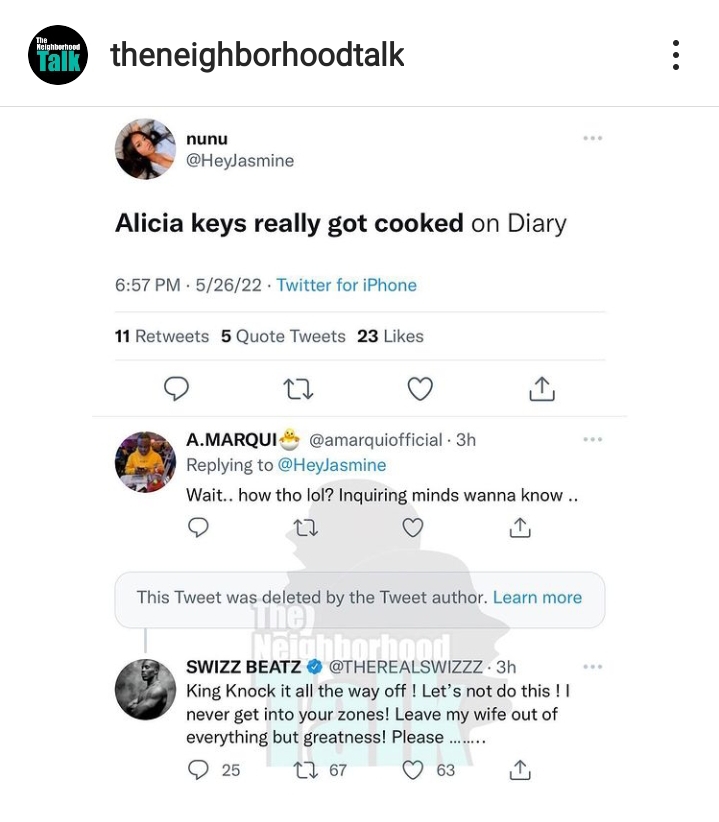 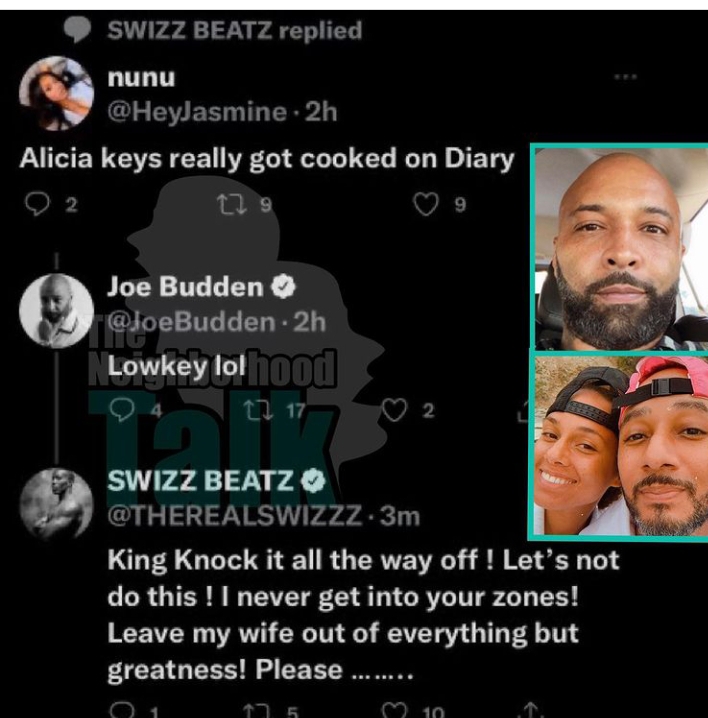 Joe Budden taking a swipe at the song isn’t surprising at all. He’s known for always speaking his mind. And he’s provoked trouble multiple times as a result. But will there be a change in the coming days?

Tags
Alicia Keys Joe Budden Swizz Beatz
John Israel A Send an email 28 May 2022
Back to top button
Close
We use cookies on our website to give you the most relevant experience by remembering your preferences and repeat visits. By clicking “Accept All”, you consent to the use of ALL the cookies. However, you may visit "Cookie Settings" to provide a controlled consent.
Cookie SettingsAccept All
Manage Privacy