The first track is ‘Sengihleli’ and it features Bassie, who is no stranger in the Amapiano scene. Sengihleli is a feel-good catchy tune that directly translates to I’m ready and I am waiting. This song is a mood setter for when you are missing your better half, T-Man explains how he produced the beat in a way so that the emotions of the lyrics can be felt.  T-Man Sa and Bassie have collaborated on a couple of songs before this single. 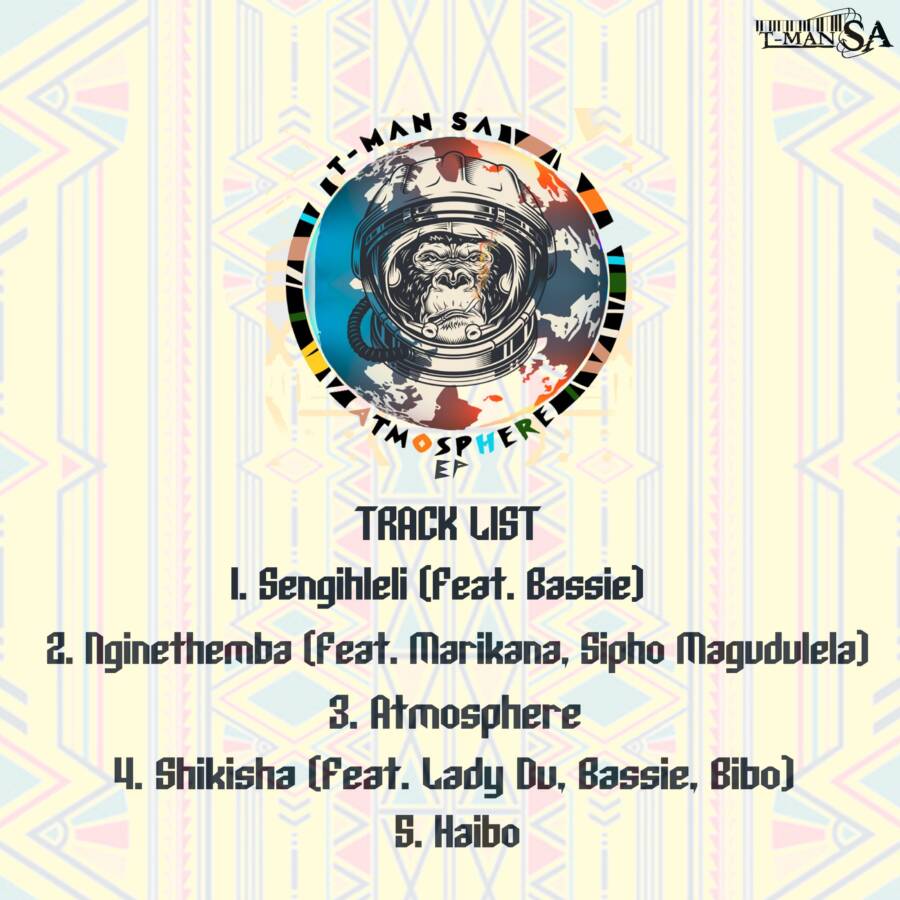 ‘Nginethemba’ is the second track and features Marikana and Sipho Magudelela, nginethemba means I have hope, and that is exactly what this song speaks about. T-Man describes this song as the current chapter of his life and the song can be described as soulful ‘piano’.

“Even though I’m going through trials and tribulations, nginethemba’. – T Man SA

Track number three is ‘Atmosphere’, the song the EP is named after, and you guessed it is a street banger! T-Man SA shows off his skills on this one and he is very unapologetic about it, Atmosphere is instrumental magic.

The fourth track is ‘Shikisha’ and this one features the queen of Amapiano Lady Du herself, rising star Bibo, and once again Msholokazi is also known as Bassie. He describes this song as one of those jams that will make you dance even when you don’t feel like it.

The outro and last song on the EP is ‘Haibo’, T-Man SA says that he dreamt about the song before he made it, that is why the lyrics are African because he believes it was a gift from his ancestors.

Tags
T-Man SA
Thato Siyabonga14 September 2022
Back to top button
1
Close
We use cookies on our website to give you the most relevant experience by remembering your preferences and repeat visits. By clicking “Accept All”, you consent to the use of ALL the cookies. However, you may visit "Cookie Settings" to provide a controlled consent.
Cookie SettingsAccept All
Manage Privacy