Preparations continue in earnest for this year’s Back To The City concert with a new name announcement.

Talib Kweli has just been added to the Back To The City lineup, joining Lost Boyz, who were announced a week earlier.

The organisers of the concert announced that the American, a member of the hip hop collective Black Star, in a recent tweet while also pointing fans to where they could get a ticket for the concert. You can check out the tweet below. 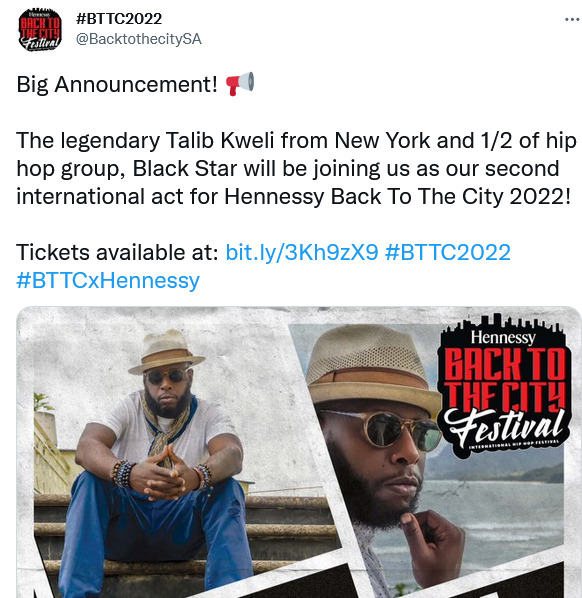 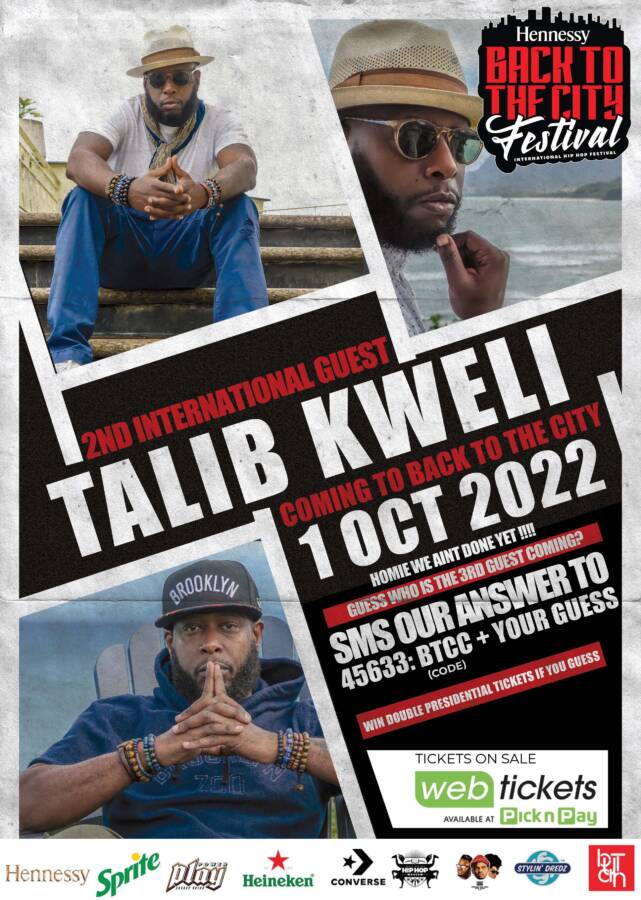 Interestingly, at the time of writing, the American hasn’t said anything about being a part of the concert lineup. Still, as some fans had noted, it would be great to see him perform alongside other acts at the imminent festival.

Born in New York, Talib Kweli is currently 46 years old. The songster rose to fame pretty early from collaborating with his compatriots, including Mos Def.

With his announcement as the second act on the lineup for the Hennessy Back To The City concert, expectations are already popping for who next the organisers might add to the list of the lineup. But, for now, the organisers are happy to keep fans guessing. It seems like the way to keep them interested if you asked us.

Tags
Talib Kweli USA
John Israel A Send an email 22 September 2022
Back to top button
Close
We use cookies on our website to give you the most relevant experience by remembering your preferences and repeat visits. By clicking “Accept All”, you consent to the use of ALL the cookies. However, you may visit "Cookie Settings" to provide a controlled consent.
Cookie SettingsAccept All
Manage Privacy