Taylor Swift is clearly unimpressed by President Trump’s handling of the protest spawned by the killing of George Floyd by the cop Derek Chauvin. And she isn’t hiding her displeasure.

Miffed by the killing of George Floyd and the apparent pace of justice, protestors had stormed the streets demanding justice and quickly too. What began as a cry for justice in the Floyd case had morphed into a much larger advocacy: the sanctity of black life and the vitality of defending it.

When the protest turned violent and protestors began looting shops, President Trump had threatened to bring in troops to control the situation. He tweeted that when the looting of shops begins, shooting of the looters will begin as well. 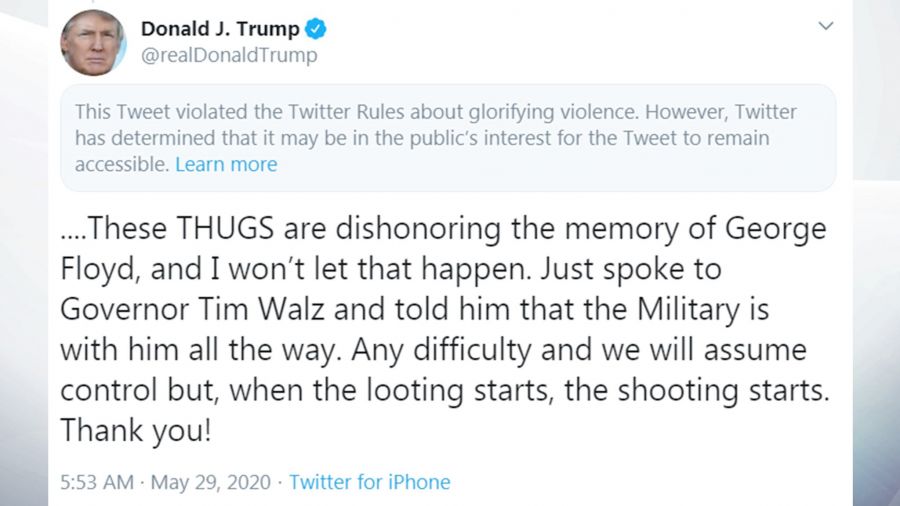 Taylor Swift found the tweet in bad taste, grossly insensitive, and she denounced it outright. She accused President Trump of igniting the coals of white supremacy and then turning around to feign moral superiority and threaten violence. 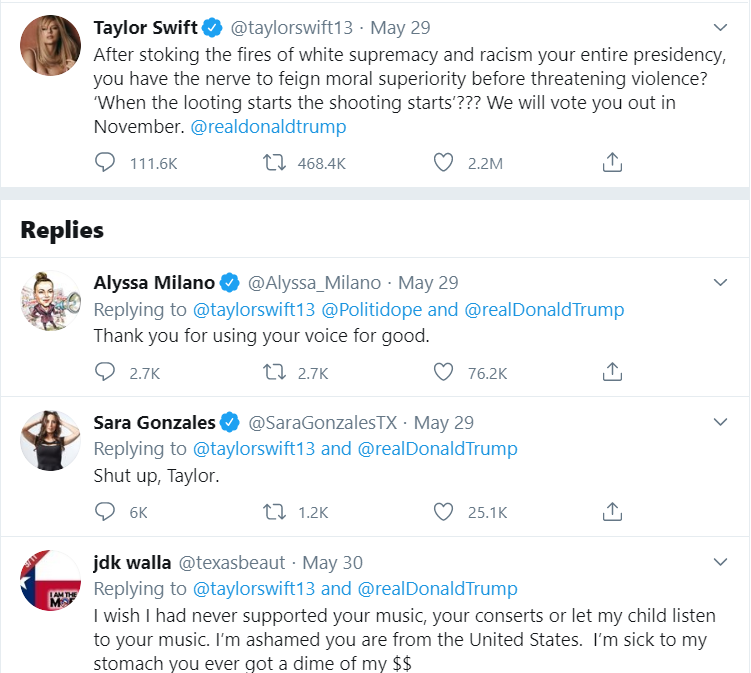 She ended by saying Trump will be voted out in November. Her response went viral within hours. Right now, it has been liked 2.21 million times, making it her most liked tweet to date.

What are your thoughts on the tweet and the attention it has garnered?

Tags
Taylor Swift
John Israel A Send an email 3 June 2020
Back to top button
Close
We use cookies on our website to give you the most relevant experience by remembering your preferences and repeat visits. By clicking “Accept All”, you consent to the use of ALL the cookies. However, you may visit "Cookie Settings" to provide a controlled consent.
Cookie SettingsAccept All
Manage Privacy