SA singer, Tellaman might be working with popular US producer, Dark Child.

Guys, Mzansi artists have been shooting for the stars. Can you blame them? The kind of music they deliver is just amazing enough to take over the entire world. That’s going to have pretty soon.

Everywhere we turn, there’s news of an Mzansi artist doing something with a global brand or even global artists. From Nasty C, Black Coffee, Shane, Cassper Nyovest and more, several SA stars have been in partnerships and collaborating with huge international names. Now, we hear Tellaman might be the next on the list to do so.

The multi-talented artist recently took to Twitter to announce that he’d been followed on the platform by US producer, Dark Child who he also revealed, sent him a dm. He, however, did not mention anything further about it but we all know what that means. We might as well wait for their collab to be released. Dark Child has worked with huge stars like Michael Jackson, Beyoncé, and more. 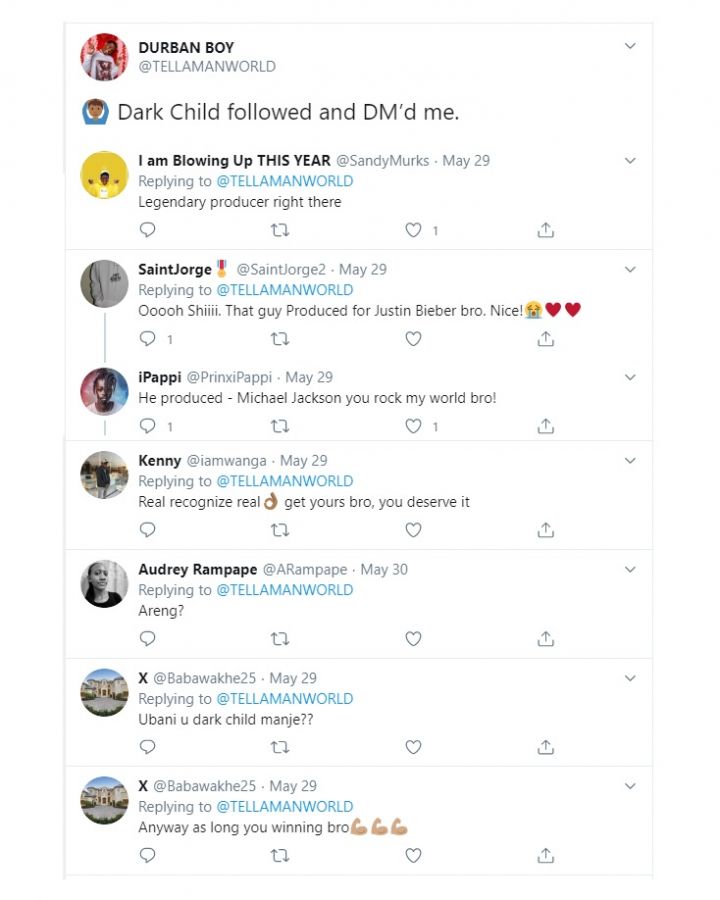