With words flying around Mzansi that celebrated DJ and producer Shimza used his connections to get a government contract to cook for politicos, controversial music executive Nota Baloyi has warned Family Tree rapper Cassper Nyovest to stir clear of government tenders, warning him that he, Nota, is watching him.

Nota and Cassper are no firm buddies. In fact, Nota has criticized Cassper several times in the past, leading Cassper to dismiss Nota as a fraud. Their relationship has remained frozen, with Nota not backing out on speaking his mind regard Cassper – and everyone else.

In his latest social media post, Nota had insinuated that Cassper and Shimza are birds of a feather, and that Cassper needed to be watched very closely, as he might do exactly the same thing Shimza did with his connection to government official. He’d warned Cassper to be careful, as he’s watching. 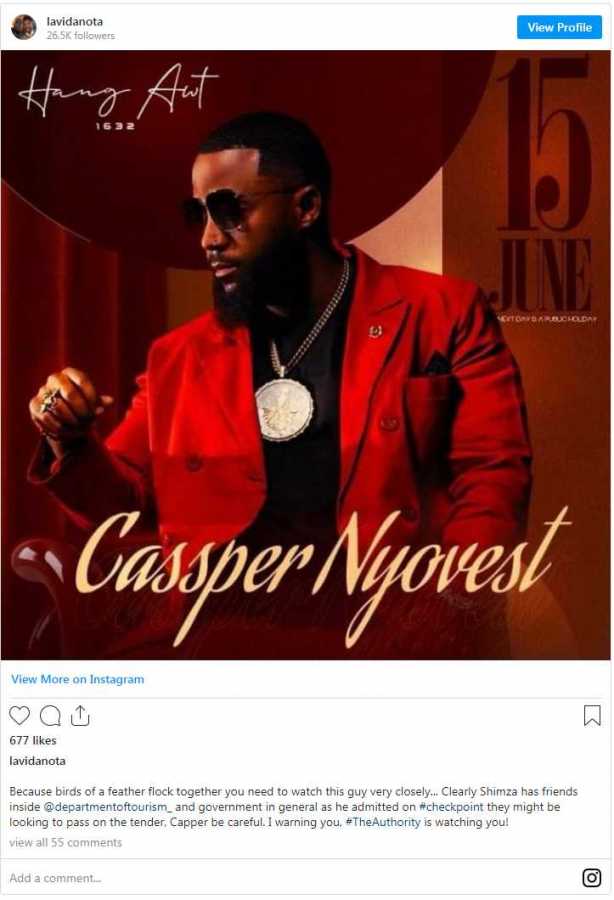 By the way, Cassper recently clinched a deal worth R100 million with Drip footwear – probably his biggest deal to death and one for which he signed with his accountant present.

Well, what do you think of Nota’s admonition to Cassper? You’re welcome to join the conversation by dropping your thoughts in the comment section below.

Tags
Cassper Nyovest Nota
John Israel A Send an email 19 June 2021
Back to top button
Close
We use cookies on our website to give you the most relevant experience by remembering your preferences and repeat visits. By clicking “Accept All”, you consent to the use of ALL the cookies. However, you may visit "Cookie Settings" to provide a controlled consent.
Cookie SettingsAccept All
Manage Privacy