Hijackings and robberies are incidents many people would not want to be victims of. The trauma is something else. But, as the saying goes, no one knows what tomorrow will bring, and fate can intervene at any time.

That was exactly the experience of actress and media personality Thami Ngubeni recently.

The Metro FM presenter took to her Twitter account, where she spilled the tea about what went down without going into much detail.

According to her, she was hijacked and kidnapped, and the criminals took everything but her life. For not having been killed in the incident, she was grateful and thanked God. She compared the incident to walking through the jaws of a lion.

In other words, she had walked right through death but didn’t experience it. Who in her position wouldn’t be grateful? You can check out her tweet below. 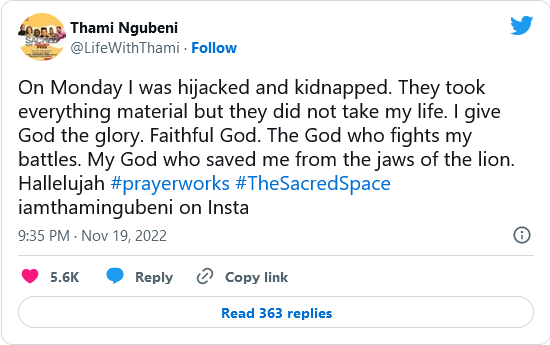 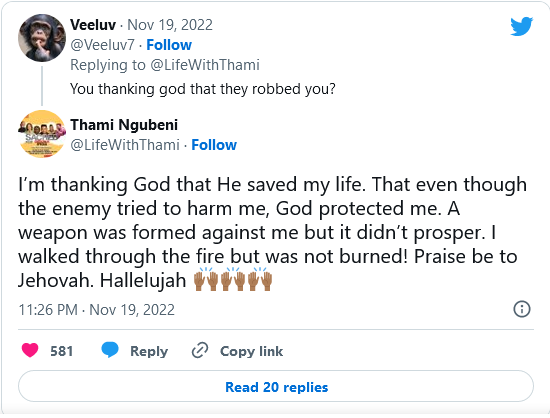 Tags
Thami Ngubeni
John Israel A22 November 2022
Back to top button
Close
We use cookies on our website to give you the most relevant experience by remembering your preferences and repeat visits. By clicking “Accept All”, you consent to the use of ALL the cookies. However, you may visit "Cookie Settings" to provide a controlled consent.
Cookie SettingsAccept All
Manage Privacy