Mzansi rapper, The Big Hash celebrates the success of his independently released single “Peace of Mind”.

Many times when artists go solo, and release music independently, they still attain success. Sometimes, even more than they did when they were signed to a label. A lot of Mzansi artists including Sjava are on their own now.

The latest rapper to go independent is The Big Hash who announced on January 12 that he had left Innanetwav. He revealed that his inability to release music wasn’t because he didn’t want to but because he couldn’t. He also dropped his first independent single in four years, “Piece Of Mind”.

The joint has since been a success hitting number 17 on the overall Apple Music charts, and 4 on the RnB charts. He is also celebrating over a hundred thousand streams for the song across all platforms in less than 2 weeks. That’s quite huge, big congrats to him. 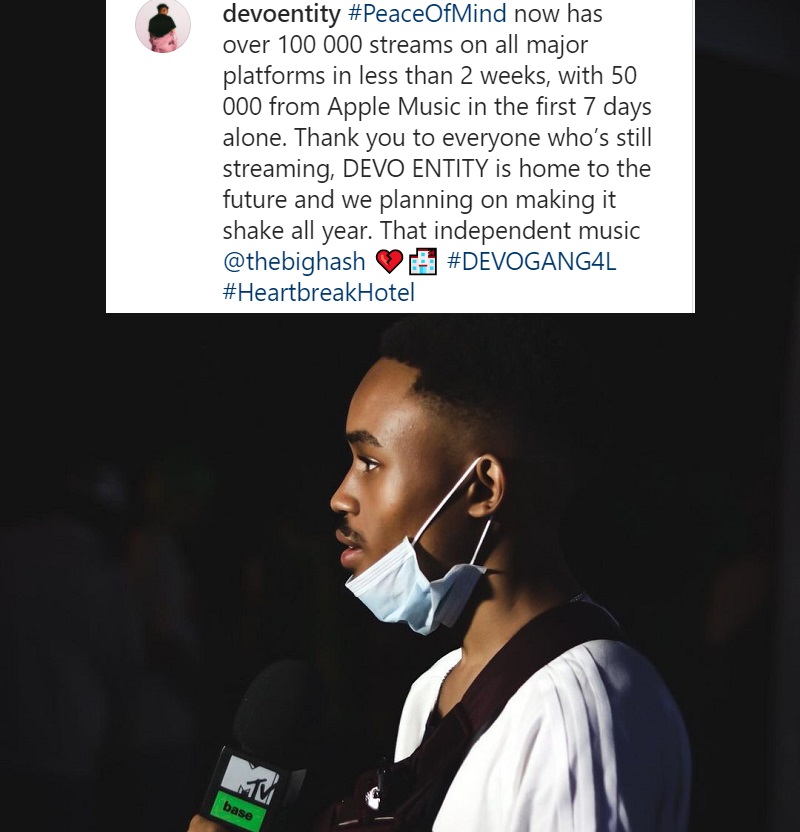