The Big Hash tweets a reaction to the hate he gets for being a versatile artist.

Looking at all the new age Mzansi rapper who are doing really well, The Big Hash is one of the most acclaimed. The “Peace of Mind” star who recently went independent is known for fusing RnB elements to Hip Hop and delivering it in the most entertaining way.

He recently took to Twitter to post a reaction to the hate he gets for being a versatile artist. Mind you, his versatility is what has given him an edge on the scene. According to him, people hate him for doing RnB when he’s only just having fun.

He also revealed that he isn’t one-dimensional and only goes where his heart goes. He also assured his fans that he still goes hard, promising that his haters will see him shine this year. We think he’s shining already. 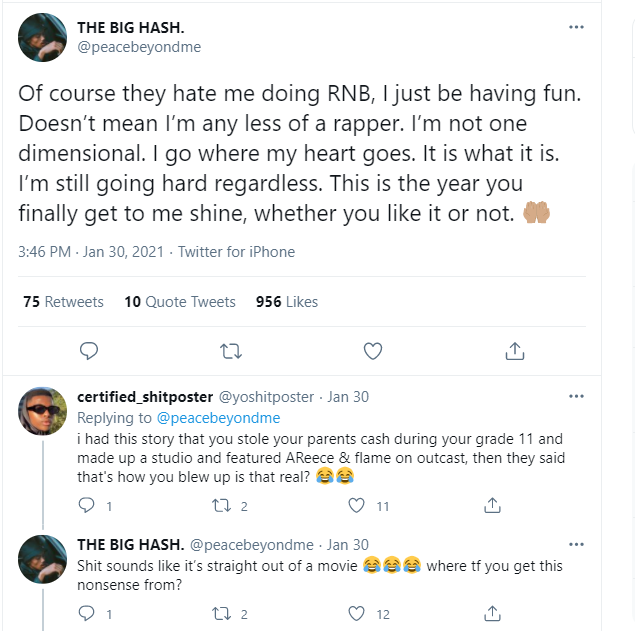 Tags
The Big Hash
John Jabulani Send an email 1 February 2021
Back to top button
Close
We use cookies on our website to give you the most relevant experience by remembering your preferences and repeat visits. By clicking “Accept All”, you consent to the use of ALL the cookies. However, you may visit "Cookie Settings" to provide a controlled consent.
Cookie SettingsAccept All
Manage Privacy