Mzansi DJ Black Coffee’s career trajectory glitters with many wins. The songster has just made it to the Guinness Book of World Records – well, in a sense.

A South African artist, Percy Maimela, made a vast mosaic of the South African disc jockey and producer using coffee beans. The mosaic shows the songster’s visage, spotting his usual glasses. The mosaic is now officially on the Guinness Book Of World Records.

Several symbols are at play here. Coffee, which references the musicians adopted stage name. And the vastness of the image references Black Coffee’s global reach. He’s probably the most popular, and most in-demand South African DJ internationally right now.

By the way, this isn’t Percy Maimela first work of an artiste. But it is his first work to make it to the Guinness Book Of World Records. And he is incredibly excited about the feat. And so are his fans, who have been commending him for a job well done and for his win. 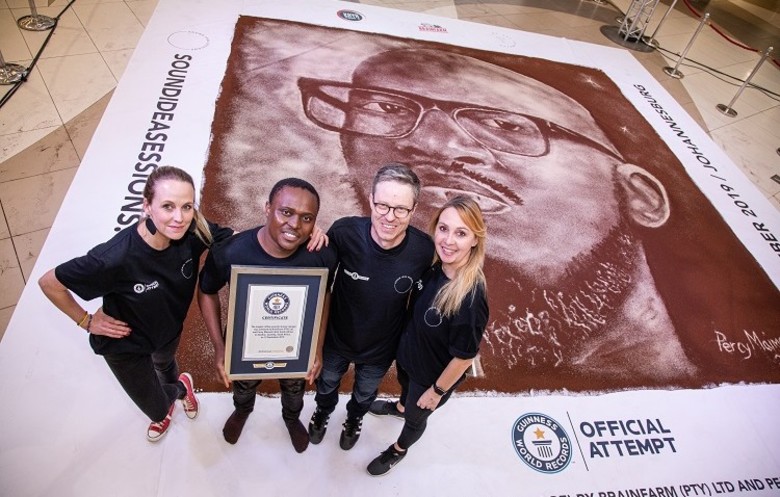 Black Coffee shared the news of the mosaic making it to the Guinness Book Of world Records 5 hours ago today 3 September 2020, while describing the creators Percy Maimela as an amazing artist.

Will the record be broken? Time will tell.