Hip hop trio The Lox is making a comeback with a new album titled “Living Off Xperience.” It would be the group’s first in four years. It last released an album, titled “Filthy America… It’s Beautiful,” in 2016.

Incidentally, the imminent “Living Off Xperience” album with be the group’s fourth since the band was established in 1994 in New York.

Apparently fans have been asking for new music from the troika of Sheek Louch, Styles P and Jadakiss. Now the music is well on its way. The Lox has announced their album will drop 28 August 2020. 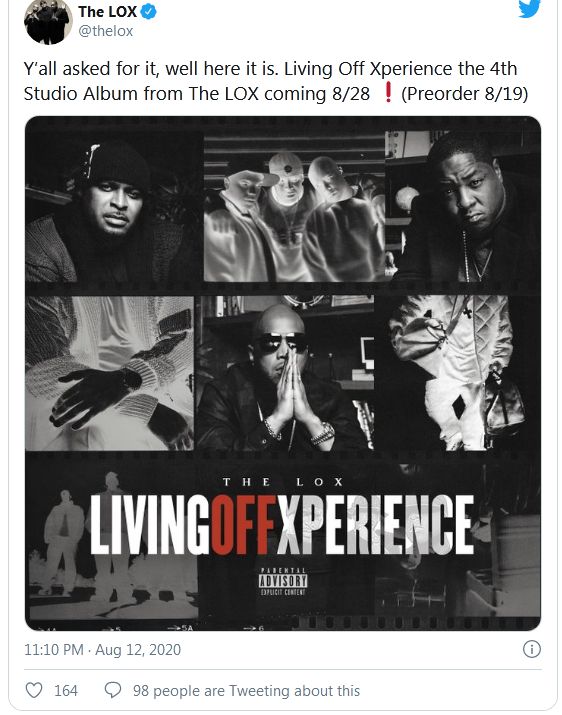 What’s with that date, though? Several artistes around the world (including South Africa’s Nasty C) have chosen same date for the release of one project or the other.

By the way, The Lox will be launching a podcast named for their upcoming project, Living Off Xperience, on Vevo today.

There are no details yet on the album tracklist and guest list, too. But then it wouldn’t be a long wait before these are made public.  28 August isn’t far away. We might bring the album to you on release. So follow our social media channels and subscribe to our newsfeed so you don’t miss out on the latest scoop.