The Oscars 2022 might be over, but memories of that even subsist. The drama was unmistakable, and so was the storm of sartorial elegance.

One of the people who captured attention during the award was Lupita. She was in the eyes of the audience and others not just because of her win at the event but also because of how she had reacted when Will Smith stormed the stage and slapped the comedian Chris Rock.

Here’s the backstory to that: while anchoring the event, Chris Rock had made irreverent references to Jada Pinkett’s alopecia, which apparently riled Will Smith. So he stormed the stage and smacked Chris in the face.

Lupita’s reaction was “priceless” to some fans. And others thought it comic. Either way, her response went viral near instantly. You can check out the clip below. 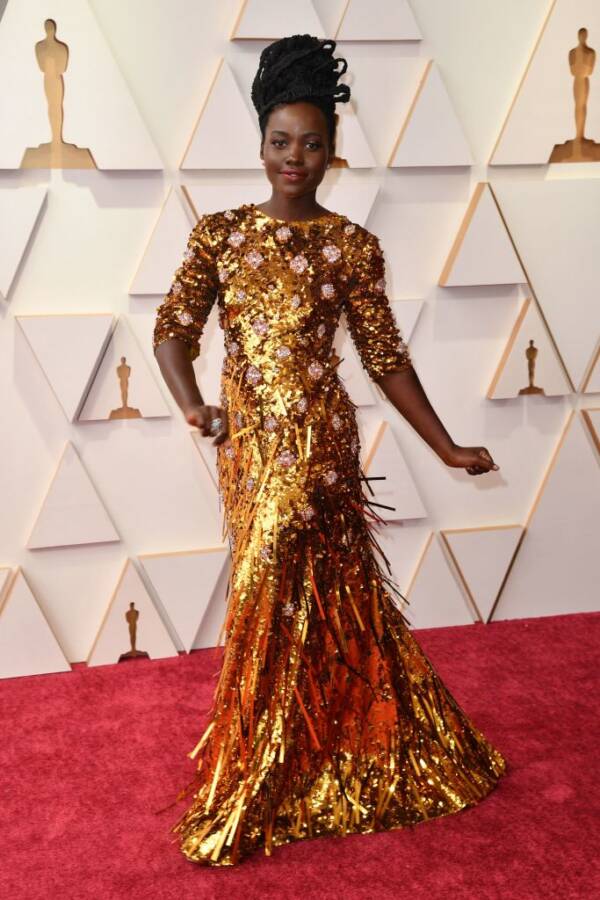 Some fans could only explain her reaction away as an actress doing her thing or not wanting to get involved with unnecessary drama.

Interesting, this isn’t even the first time the celebrated actress has been involved in iconic Oscar moments. Of course, it’s happened before; only, the previous drama wasn’t nearly as pronounced as the current one.

Tags
Kenya Lupita Nyong'o
John Israel A Send an email 28 March 2022
Back to top button
Close
We use cookies on our website to give you the most relevant experience by remembering your preferences and repeat visits. By clicking “Accept All”, you consent to the use of ALL the cookies. However, you may visit "Cookie Settings" to provide a controlled consent.
Cookie SettingsAccept All
Manage Privacy