The multi-award-winning, record-breaking, Twitter-topping Showmax Original telenovela The Wife is finally back. The first three episodes of the third and final season are available to binge on Showmax now, with more coming every Thursday. 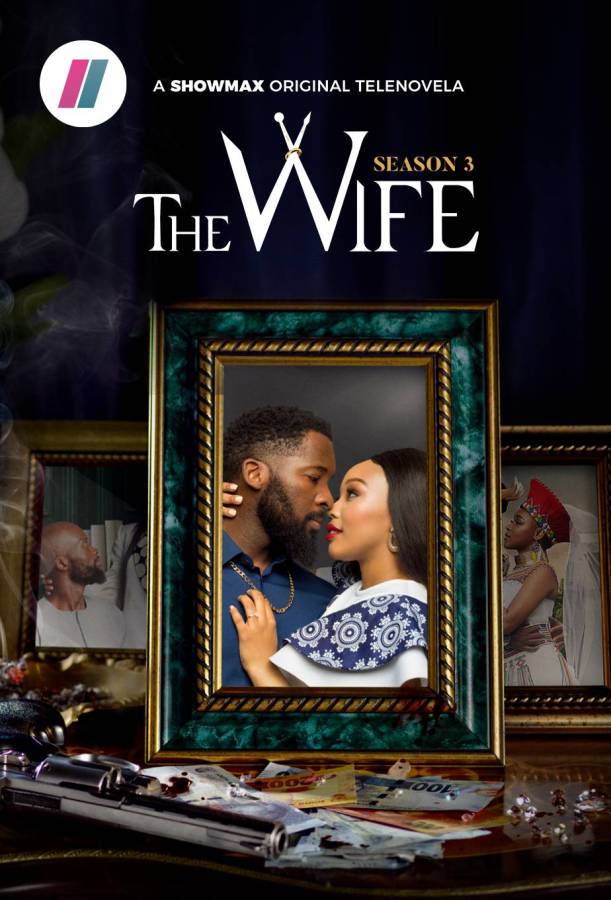 Today’s episodes gave the 5am club their first proper taste of Wiseman Mncube as the new Mqhele Zulu, the abusive, ice-cream loving husband of Hlomu (Mbalenhle Mavimbela). Wiseman takes over from Bonko Khoza, who won Best Actor at the SAFTAs this year and was named the “National Husband” by Twitter for the role.Hlomu and Mqhele’s love story remains complicated this season. Wiseman warns Mqhele is still “dark and abusive,” while Mbalenhle says, “We’re deep into toxic love now… There’s definitely going to be crazy stuff that’s going to shock viewers this season.”

Wiseman is no stranger to dark roles, having starred as Jama in eHostela, a performance that earned him the Best Actor in a TV Drama Golden Horn at the 2020 SAFTAs, and Sibonelo in Uzalo. He also stars in the upcoming epic Shaka iLembe. 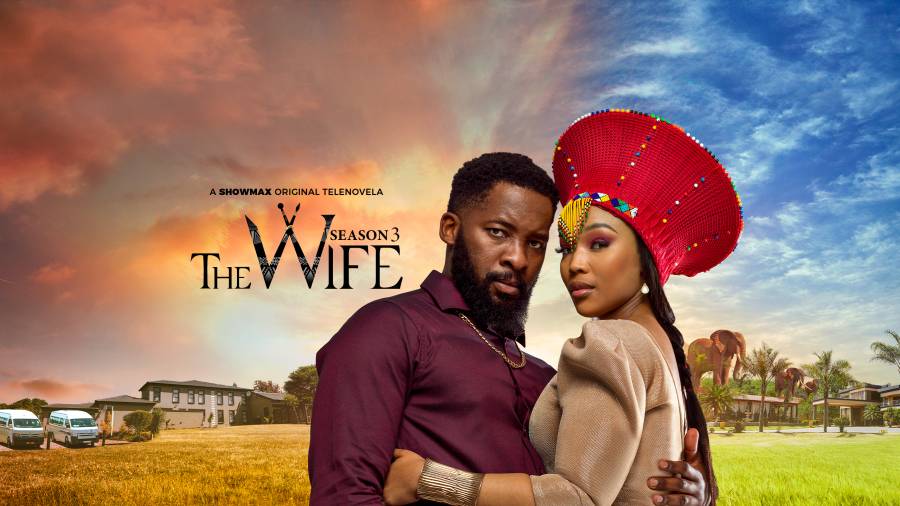 Wiseman is enjoying acting opposite The National Wife, Mbalenhle, as Hlomu. “I won’t lie; it’s been nice,” he says. “It’s been an interesting journey between the two of us because we’ve known each other on Instagram and we would just compliment and show appreciation of each other’s work. We’ve always said that one day we will work together, God willing. So when it happened, it became a full circle moment. That in itself made it easy because we both wanted to work together.”

Similarly, he’s found it easy to tap into Mqhele’s love for the Zulu brothers, having mentored Kwenzo Ngcobo (Qhawe) at school and worked with Swelihle Luthuli (Ntsika) on eHostela, Thulane Shange (Mqoqi) on Uzalo, and Mondli Makhoba (Nkosana) on Shaka Ilembe. “It has been so great and easy to work with the gents because they really are my brothers. Since these are people I’ve been close with from outside, it was very easy for me to feel comfortable and for them to accept me on set.” 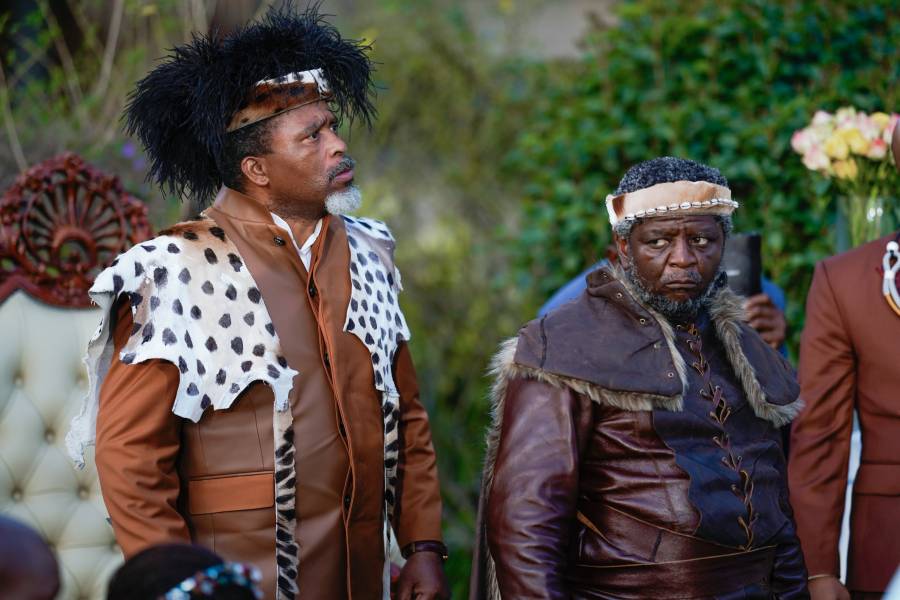 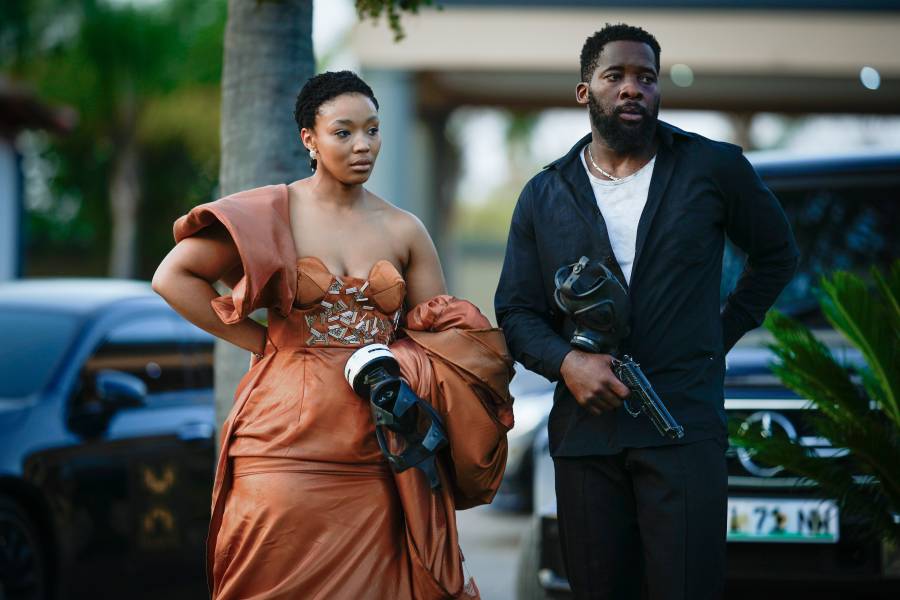 Wiseman says being cast as Mqhele came as a shock to him. “I was shooting Shaka ILembe at the time. I got the call on a Friday and had to start the following week. I’ve never had to replace someone before and I’ve always wondered how it feels to fill someone else’s shoes. This was the one thing that was pressing on my mind.”

He quickly realised he couldn’t try to be Bonko. “I tried not to do the exact same as how he did it because as people we are not the same. So I had to come with my approach but still keep it within the story. Mqhele and Hlomu are a couple that’s loved, so for me it was just to add on with my own interpretation of this love story. I’m not here to replace Bonko but to start my own journey as Mqhele and run with it in my own way.”

For Wiseman, the key to his approach was listening to the scripts. “The script had all the answers I needed. If you listen carefully to what’s written, you’ll never go wrong. If it moves me a certain way then ultimately that’s how the viewers are going to feel too.”

The new season picks up with the Zulu brothers’ crimes now front-page news – and Naledi kidnapped. As Qhawe tells the Zulu brothers in the first teaser, no one is sleeping until she’s found.

The most viewed series on Showmax ever, The Wife won 2022 DStv Mzansi Magic Viewers’ Choice Awards for Kwenzo (Rising Star) and Abdul Khoza (Best Actor). At the 2022 SAFTAs, The Wife was up for 10 awards, including Best Telenovela, and won Best Actor and Supporting Actor for Bonko and Abdul Khoza respectively. Season 2 lead Khanyi Mbau has just been nominated as African Social Star of 2022 at The People’s Choice Awards.

Add The Wife to your Showmax watchlist: https://www.showmax.com/eng/tvseries/illlj7pc-the-wife

Tags
Showmax The Wife
Thato Siyabonga Send an email 10 November 2022
Back to top button
Close
We use cookies on our website to give you the most relevant experience by remembering your preferences and repeat visits. By clicking “Accept All”, you consent to the use of ALL the cookies. However, you may visit "Cookie Settings" to provide a controlled consent.
Cookie SettingsAccept All
Manage Privacy