The Wife Showmax continues to rivet its viewers. Expectedly, they have not been slow in sharing their opinions about the popular telenovela.

It’s been a mixed back for the popular series this season, with fans unable to agree on how the story is playing out and the time allotted to each character.

While some peeps think season 2 was great, others were unimpressed by it. But they decided to watch it to the end anyway, to see what would happen to their faves.

From the comments from viewers so far, it’s clear that Mqhele, Zandile and Nqoba are among the favorites of viewers. As far as one fan is concerned, The Wife is now a tale of Hlomu and Mqhele.

Mqhele is clearly the star of most viewers’ grievances, and they think that he should have been given more time on screen, alongside Hlomu, this season you can check out some reactions below.

Mqhele's jail scenes are killing me the way he opens his eyes so wide you'd swear he is in jail fr 😂😂😂😂 #TheWifeShowmax pic.twitter.com/kz1d8AeLnn 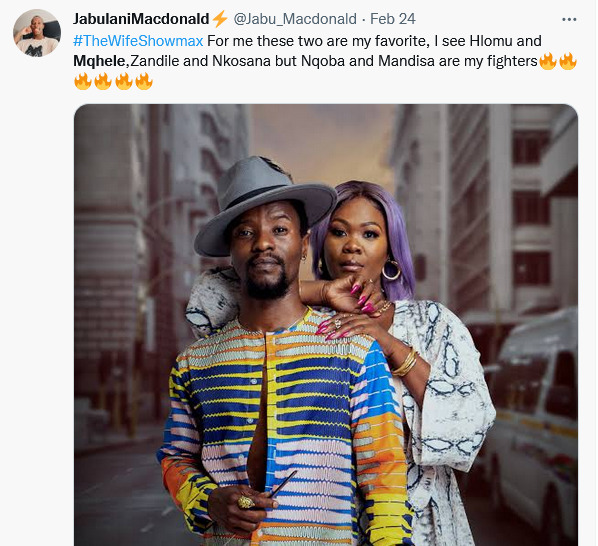 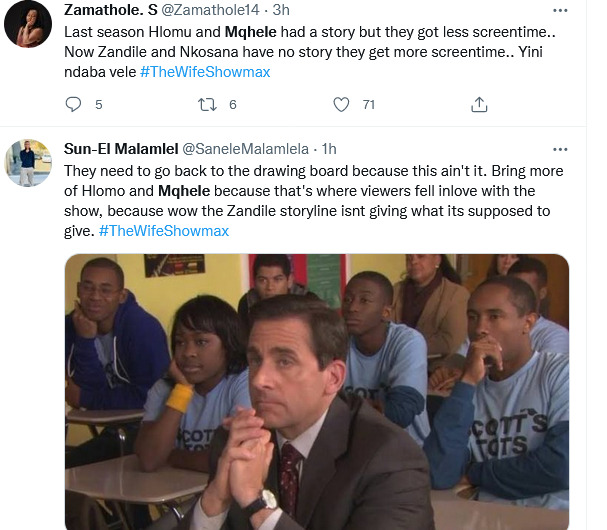 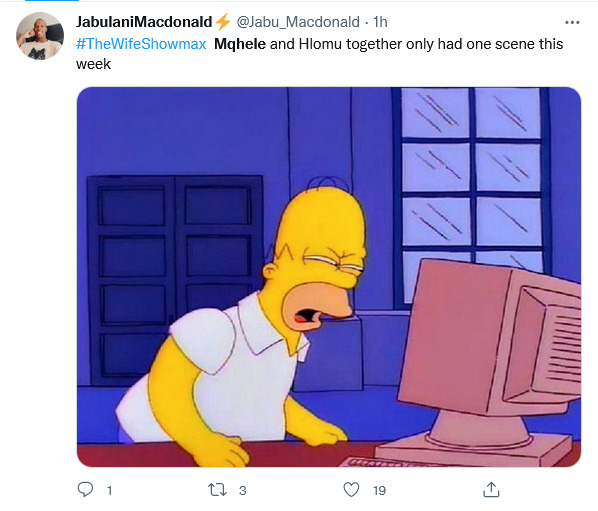 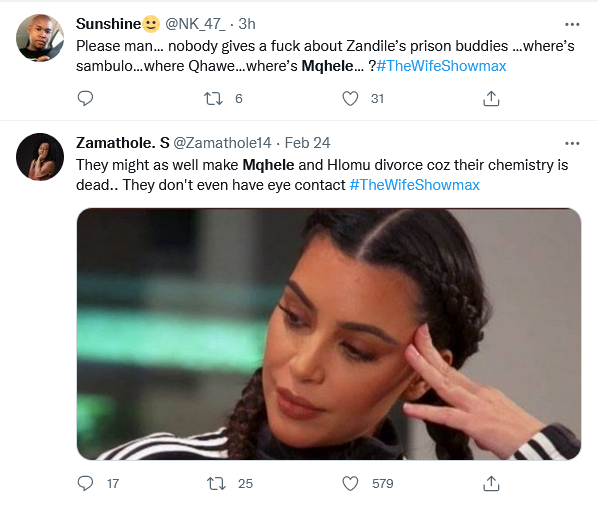 Will viewers’ comments reflect in the next episode? We can only say time will tell. Stay tuned

Tags
The Wife
John Israel A Send an email 3 March 2022
Back to top button
Close
We use cookies on our website to give you the most relevant experience by remembering your preferences and repeat visits. By clicking “Accept All”, you consent to the use of ALL the cookies. However, you may visit "Cookie Settings" to provide a controlled consent.
Cookie SettingsAccept All
Manage Privacy