Is season 2 of the popular telenovela The Wife Showmax experiencing a revival? Some fans are thinking in that direction following the steamy love scene involving Khanyi Mbau (Nkosana) and Mondli (Nkosana).

Viewers thought the scene was so hot. Not surprisingly, soon after, the clip of the scene had gone viral, with many across social media commenting about it.

Somehow, some peeps have even compared it to another scene from another flick involving Thando Thabethe and Lungile Radu.

According to some fans, it’s the steamiest scene Khanyi Mbau has acted in so far this year. And they think she’s only able to do it because she’s not married.

Some sections of social media have denounced her as “shameless,” however, wondering what message she was trying to pass to her teenage daughter.

But some celebs are all for Khanyi Mbau living her truth, however. According to them, the scene wasn’t real. It was just acting. You can check out the controversial clip below. 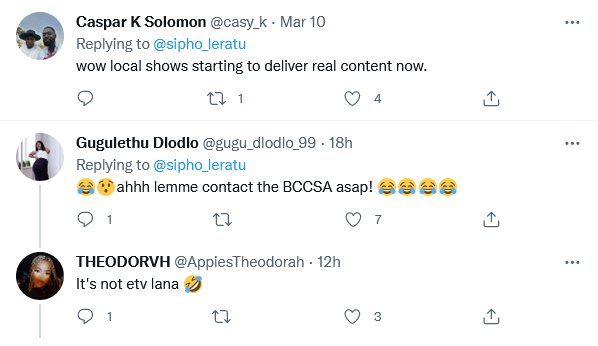 By the way, the past few weeks had seen many viewers complain that The Wife was losing its storyline line of love and veering into the world of crime instead. The steamy love scene between Zandile and Nkosana changed the narrative for most.

Tags
Khanyi Mbau Mondli Makhoba
John Israel A11 March 2022
Back to top button
Close
We use cookies on our website to give you the most relevant experience by remembering your preferences and repeat visits. By clicking “Accept All”, you consent to the use of ALL the cookies. However, you may visit "Cookie Settings" to provide a controlled consent.
Cookie SettingsAccept All
Manage Privacy