Viewers may have expressed some displeasure with the changing storyline in season 2 of The Wife, but they’re clearly still watching – and still commenting.

Episode 11 of the series is over, and some viewers think that Zandile and Nkosana stole the show, while others would rather want to “unsee” the scene involving both of them.

Some viewers think that Zandile and Nkosana ought to have their own house, same with Hlomu and Mqhele. They ended up lashing out at the production for “messing” with the series.

Qhawe sleeping with Hlomu is one aspect of the latest season that viewers find something jarring. As far as some viewers are concerned, that’s part of the mess of the current episode and the second season

Me After Watching Zandile and Nkosana's sex scene on #TheWifeShowmax #thewife BATHONG it was worth ma time shem. Lemi watch the scene slowly this time! I'll repent later pic.twitter.com/WpXcpTsBXT

While some viewers think the series messed up, it appears not all of them is giving up on The wife Showmax just yet. The reason for wanting to stick to the series, according to some fans, is no other than Abdul Khoza.

According to one fans, as long as the muso continues in his role as Nqoba Zulu in the series, she’ll continue watching. You can check out some of the reactions below. 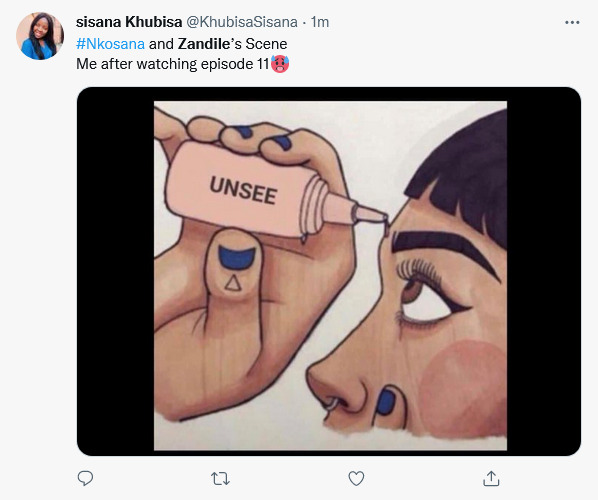 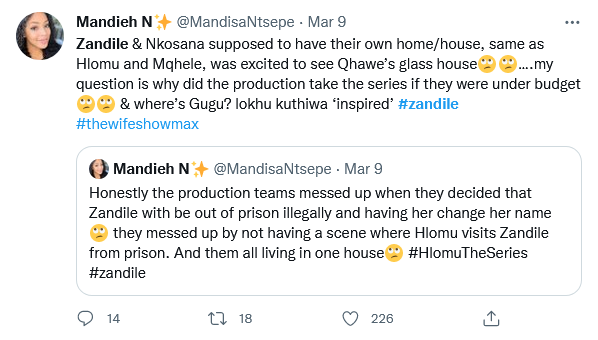 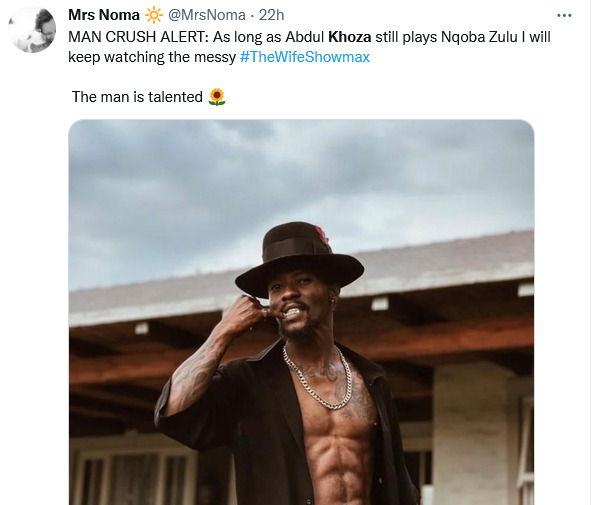 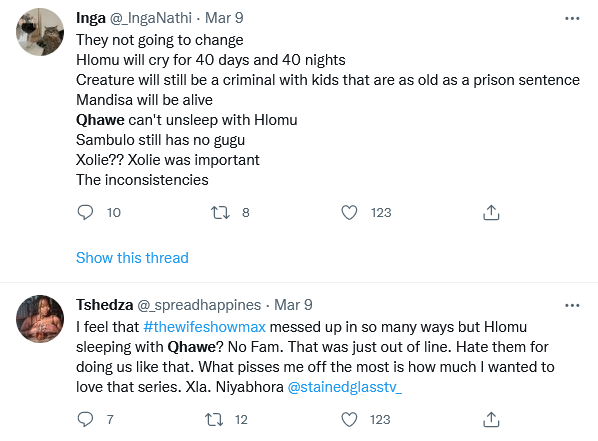 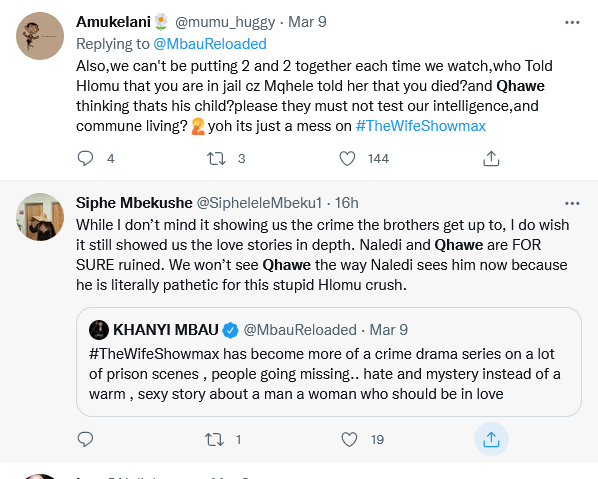 Will the next episode change viewers’ perspectives?

Tags
The Wife
John Israel A Send an email 10 March 2022
Back to top button
Close
We use cookies on our website to give you the most relevant experience by remembering your preferences and repeat visits. By clicking “Accept All”, you consent to the use of ALL the cookies. However, you may visit "Cookie Settings" to provide a controlled consent.
Cookie SettingsAccept All
Manage Privacy